'PSO2: New Genesis' Released: How to Get It For PC and XBox PLUS How to Check Servers 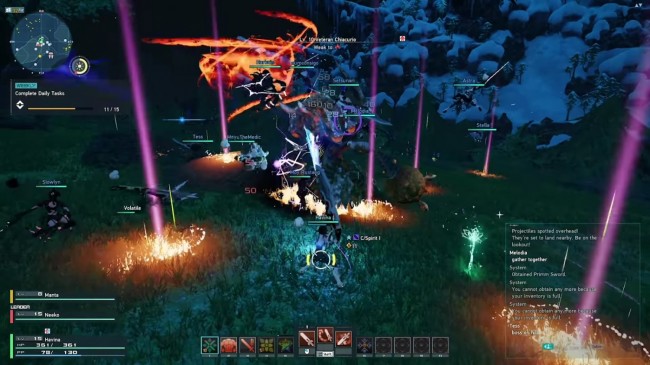 In "Phantasy Star Online 2: New Genesis," you will be facing DOLLS, giant robotic entities that will test your combat prowess within the game.
(Photo: Screenshot from Havian's "What is PSO2: NEW GENESIS? - New Open World Online Action RPG")

Best of all, the game will be released for free on every platform available. However, according the game rundown that was posted in Steam, other paid content from the game can be purchased by the players.

According to NicheGamer.com, players may also log-in their Phantasy Star Online 2 account in New Genesis and vice versa as both games are supported to each other.

It means that characters who were designed by the players in the former can be accessed to latter because of compatibility. This includes its items obtained and equipped, emotes, and other registered data.

READ ALSO: 'Phantasy Star Online 2' Latest News And Updates: Online Game Will Be Arriving In Japan After 3 Years Of Development

Set place in a distant future 1000 years after a war against the Oracle during the Phantasy Star Online 2, New Genesis, according to EuroGamer.net, has more enriched graphics unlike its predecessor thanks to a new graphics engine.

Also included are new character models, a new multi-weapon system, and a "wide-open battlefield" with features that changes the time and weather of an area.

With a new environment in the game comes new enemies as players in New Genesis will face DOLLS, giant robotic enemies that will be a threat to them within the game. According to NicheGamer.com, the said stand-alone game will be a reborn open-field online role playing game (RPG) with a renewed game system.

How to Get New Genesis for PC, Xbox

Phantasy Star Online 2: New Genesis is available for PC and Xbox. For PC user, players can download the said game for free via Steam by going to its website, then go to the game's page. Once they entered the said page, they need to press the "Play Game." They need to have their Steam installed in their PC before playing the game.

For Xbox players, they must go to the Microsoft Store to claim their free game. Much like for the Steam, they need to sign in first before downloading the game.

How to Check Server Status

With the launching of New Genesis, issues regarding crashes while on launch or shortly after running its client. According to MMORPG.com, Sega initiated a schedule maintenance to address said issues, which was identified as a Steam launcher issue.

According to Dot ESports, players can check the game's server status as well as possible news regarding server maintenance through its website. The website will also give an update for servers who were down due to a fix.

They can also check their social media accounts such as Twitter for news and updates regarding the game's servers.

Aside from PC, Xbox Series X|S, and Xbox One, Phantasy Star Online 2 is also available in the Epic Games Store.