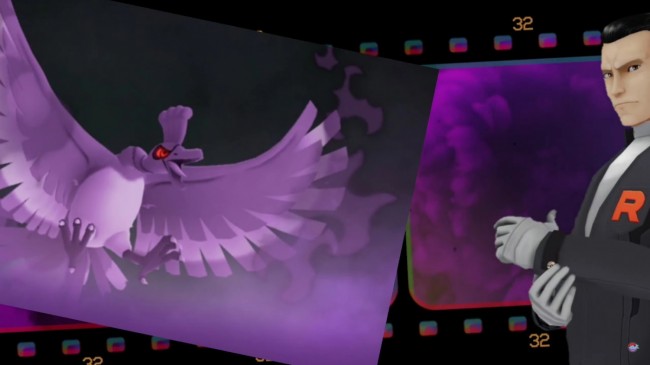 The diabolical Team GO Rocket Boss, Giovanni, is at it again, this time players of Pokemon GO will face him and his Shadow Ho-Oh, a Shadow version of one of the "Tower Duo" from Generation II.

Much like the other Team Rocket-centric or Giovanni-centric quests and Special Researches, players must first complete a series of tasks before facing the crime boss.

Starting June 17, "A Seven-Colored Shadow" Special Research is now open for those who want to face Giovanni. In order to get this, you must accomplish "A Troubling Situation" Special Request.

In a guide from GamesRadar.com regarding the quest, in order to finish the Special Request pre-requisite, you must first evolve two Pokemon while powering up one for five times.

Next, you need to catch two Shadow Pokemons followed by defeating three Team GO Rocket grunts, which they can be hunted down by looking at this Team Rocket Pokestops. These Pokestops were indicated in the map by a spinning dark blue cube on top.

When you approach these Pokestops, they will turn into black, and a grunt will appear after you spin it, challenging you into a battle. After you defeat the grunts, you can catch the two Shadow Pokemon that they left behind.

Once you finished purifying the Shadow Pokemon, you now completed the quest, and at the same time, you unlocked "A Seven-Colored Shadow."

Niantic did not release any details regarding the Special Request, however this might be similar to "The Higher They Fly..." Quest for retrieving a Shadow Zapdos, which can be referenced from the guide made by EuroGamer.net.

If that is the case, you must need to accomplish the first step, which compose of three objectives: you must win a raid, defeat 4 Team GO Rocket grunts, and catch a Shadow Pokemon.

After you accomplish the first step, you will proceed to the second one, where you will catch 5 more Shadow Pokemon and 10 Flying-type Pokemon, all while making 3 nice Curveball throws in a row. You can do the throw in catching either the Flying-type or the Shadow Pokemon.

Next, you will proceed to step 3, where you will purify 5 Shadow Pokemon (you can purify those that you caught in the previous quests), ear 2 Candies by walking with your Pokemon buddy, and defeat 5 other Team GO Rocket grunts.

If you are done with that sub-quest, you can now face the three Team GO Rocket leaders - Arlo, Cliff, and Sierra. Once you defeat them, you will obtain the Super Rocket Radar.

If you accomplished "The Higher They Fly..."and got a Super Rocket Radar, then you can easily locate Giovanni within the map.

Much like before, Giovanni has a Persian, either a Nidoking, Kangaskhan, or Garchomp, and any Legendary Pokemon (in this case, a Shadow Ho-oh). All of them are in their Shadow form, but their weaknesses are the same.

The only difference in this line-up is that Giovanni has the Shadow Ho-oh. Ho-oh, a Fire/Flying-type Legendary Pokemon, is weak against Rock-type, Electric-type, and Water-type Pokemon.

With these in mind, you can now face Giovanni and defeat Shadow Ho-oh, where you can catch the Shadow version of the legendary Pokemon.

According to their post in the game's website, Niantic said that players can encounter Giovanni and his Shadow Ho-oh from June 17th to September 1st.

READ ALSO: 'Pokemon GO' 'A Very Slow Discovery' Quest Guide: How to Catch Your Own Galarian Slowpoke and its Evolutions