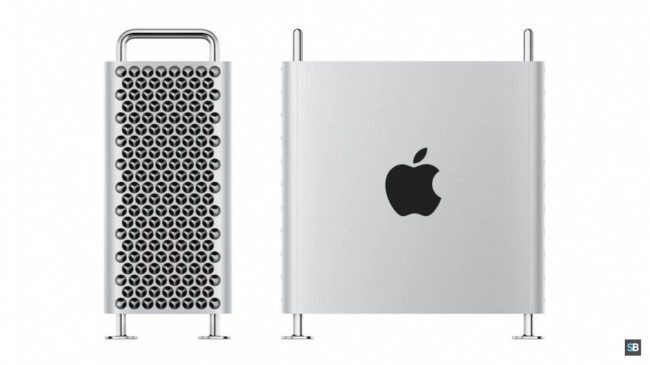 The rumored Apple Silicon Mac Pro might be looked similar to the one that was released in the WWDC 2019, however, if the 2022 roll out for the rumored upgraded Mac Pro will be successful, it will be different, especially in its interior.
(Photo: Screenshot from SaranByte's "2022 Mac Pro LEAKED! All-New Smaller Body + M2 Chip With 128 CORES!")

Last Worldwide Developers Conference (WDCC) 2019, Apple introduced a Mac Pro desktop computer, along with the Pro Display XDR, that is rumored to have a better performance than its predecessors.

According to 9to5Mac.com, the said Mac Pro was the last desktop hardware the developers shown in their annual conference, but they were praised for their promising power and utility.

It has been two years since its reveal, but there are no recent updates nor announcements from their recent WDCC 2021 regarding the Mac Pro. However, someone posted on Reddit that Apple has released a video signaling that the next-gen Mac Pro will be rolled out this coming 2022. The said video, however, was deleted.

We might not have seen the last of Intel chips in Macs after all.https://t.co/0ntjOgnEbZ

The incoming new Mac Pro, according to Macworld, will be much different from the one that they revealed during the WWDC 2019 as it has changes in its interior, including an Apple System-on-a-Chip (SoCs). The self-made processor could have either 20 or 40 computing cores.

Bloomberg stated in their report that the SoC will include a 64-core or 128-core option for the graphics, a 28-core computing core, and a higher-end graphics chips that could replace the parts made by semiconductor manufacturer AMD.

Despite of the transition to their own processor, Apple said that they will continue supporting Macs with Intel processors in it. Bloomberg's Mark Gurman said in a tweet, quoted another tweet from Apple employee Brendan Shanks, that Apple is now working on an update to the Intel Mac Pro.

According to Macworld, the updated Intel Mac Pros might continue using the AMD graphics cards, but there are no reports regarding what possible upgrades that are in store, if any, have surfaced.

In the same report, Apple is currently offering up to 8TB of storage for the current Mac Pro, but it wasn't sure if that would be the case for the incoming next-gen Mac Pro. Apple might also not change the number of the USB ports as the current Mac Pro has four, 2 Thunderbolt 3 ports and 2 USB 3 ports.

As for a possible next-gen Pro Display XDR, 9to5Mac.com said that Apple might working on a new external monitor, saying that it will be a cheaper one that would not have the brightness and contrast ratio of the top-tier Apple monitor.

The Apple Silicon Mac Pro might stick to the general price point the current Mac Pro has, which starts at $5,999.

According to Macworld, the prices of the company's M1 Mac series did not fluctuate much from their Intel processors, therefore the new Mac Pro will might be a "super-high-end machine" for professionals.

9to5Mac.com noted that the Apple Silicon Mac Pro will be planned to be rolled out for next year.