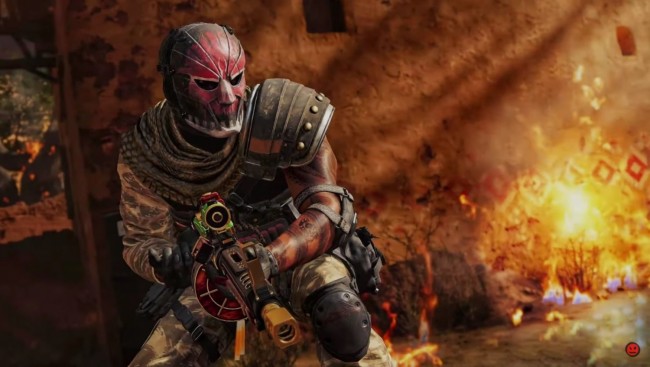 A new season for Call of Duty's two Battle Royale-centric games is now approaching and players will experience the promising content that the games will bring in its Battle Pass, including a new Operator and new weapons.

According to Forbes, the Season 4 Battle Pass will bring 100 Tiers filled with rewards for both paying and free players of the game. In the free tier, new weapons will be included in their rewards, while those who will be taking the payable Premium tiers will have all of the rewards including new operators.

After bringing in the classic heroes of the 80's action films in their previous season such as John Rambo and John McCain, the upcoming Season 4 for both Call of Duty: Black Ops Cold War and Call of Duty: Warzone will bring Jackal in its Battle Pass.

A masked mercenary is only the beginning. 🎭

Get 100 new tiers of weapons, skins, and more with the Season Four Battle Pass for #BlackOpsColdWar and #Warzone.

Get all the intel on the Season Four Battle Pass here: https://t.co/DMP7puogUc pic.twitter.com/yvCOXSu3mG

The metal-masked mercenary from South Africa is the only Operator that is available in the Battle Pass, while other Operators will be available through the Item Bundles.

How to Unlock Jackal and its 'Iridescent' Skin

The New Operator, Jackal, can be obtained right out of the bat at the beginning of Season 4. According to Dexerto.com, you just need to claim the Tier 0 Battle Pass reward in order to obtain the Operator. Aside from Jackal, you will also obtain its "War Paint" Operator Skin, featuring his signature mask.

The Season 4 Battle Pass can be obtained, according to Charlie Intel, either by purchasing it for 1000 CoD Points or receive it through the game's new gifting system via the Call of Duty Companion app.

According to the blog post in the game's website, you may also compete the "Perseus Mercenary" Operator Mission to earn the additional "Death Stalker" and "Sand Scorpion" Operator skins as well as a Legendary Calling Card, an Emblem, and a large amount of XP points.

But the reason why players want to unlock the said Operator was because of his Ultra Rare "Iridescent" Operator Skin.

According to Dexerto.com, its "mesmerizing light pattern across his entire jumpsuit and mask" will make the Operator come alive and set part from the rest, making it a part of every Call of Duty player's wish list.

To obtain this Utra Rare skin, you must reach the Tier 100 in the season's Premium Battle Pass. According to Charlie Intel, reaching to that tier will take some time, however you can speed it up by either purchasing the Battle Pass Bundle which included 20 discounted Tier Skips, participating in Double XP events.

Once you unlocked the skin itself, you can also complete the included Operator Missions to obtain the additional "Manta Ray" and "Copperite" Operator Skins, along with additional cosmetic items.

Aside from Jackal and its skins, Call of Duty players will also obtain new weapons in the Season 4 Battle Pass. They can now get the MG 82 light machine gun and the C58 assault rifle in the Battle Pass' free tiers.

You can obtain the light machine gun for free at the Battle Pass' Tier 15, while the assault rifle can be obtained in Tier 31.

According to Forbes, other rewards that are available in the Season 4 Battle Pass are CoD points, custom Weapon Blueprints, Operator Skins, an Emerald Trooper watch, the Twisted Reverse finishing move, and several vehicle skins.