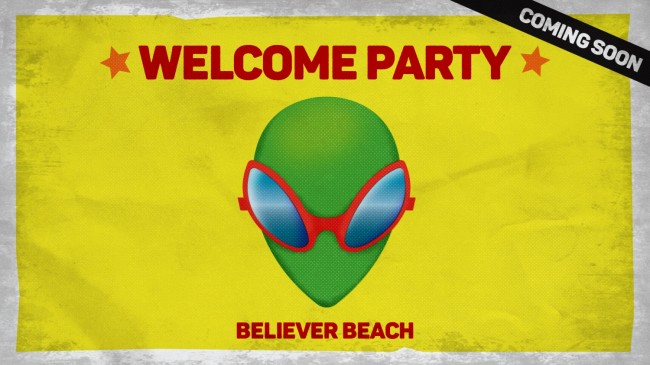 Summer is in the air, and so is in the realm of Fortnite as the new Patch 17.10 Update will be released. Along with several fixes and improvements, a new event will be also on the way after the patch update that will make the players of the first person shooting (FPS) "enjoy the summer."

The two-week event entitled "Cosmic Summer Celebration" will kick-off coinciding with the Patch 17.10 Update of the game. But before that, Fortnite will be having a scheduled maintenance that will happen on June 22nd, at 3:30 AM ET (7:30 AM UTC). Because of this, players will not be able to access the game.

The update will also mark the end of the competitive pre-season for the game. Because of this, according to Express, Arena Hype Points will be reset.

Event: Cosmic Summer Celebration
When: June 22 at 9AM ET
Where: Believer Beach

Please reply YES or NO to this invitation.
👽🛸🥳 pic.twitter.com/DQLDMFDMtf

What to Expect in the "Cosmic Summer Celebration"

Aside from the event, there will be other possible additional content for the game after the patch update, especially those that are in lieu for the Chapter 2: Season 7's "Alien Invasion" theme. Gamespot revealed a Tweet from the game's Twitter page saying that "a secret IO file on alien tech" has been found.

Apparently, this might be a teaser of a possible feature in the game where players will be riding an alien mothership. According to Slash Gear, there are no additional details provided after this teaser.

Aside from that, the game will also roll out Marvel's Thanos as a buyable character for its Item Shop, which will be released on June 26. According to Express, the Mad Titan is also equipped with the Infinity Gauntlet Back Bling which was inspired by the Avengers: Endgame movie.

Apart from the incoming "Cosmic Summer Celebration," several changes will be implemented in Fortnite during the Patch 17.10, included bug fixes.

According to Heavy.com, several upcoming bug fixes include taking any amount of damage if a player is in a moving car, disabling the ability to change loot pools in the Battle Lab temporarily, completion of the Character Collection Book, and temporary disabling of both the Bunnywolf and Llion sets.

Other changes included flying saucers being inoperable after being hit by a beamed-up object, one-handed pickaxes can perform extra swings, and having an indicator for both mobile and Nintendo Switch for the Saucer boost cooldown and charges.

Several Creative changes includes players might not encounter an infinite loading screen once they fly out of the island and round might report any correct placements.

With these bug fixes and upcoming events, the Patch 17.10 Update will be the first big update in Fortnite for their Chapter 2: Season 7.