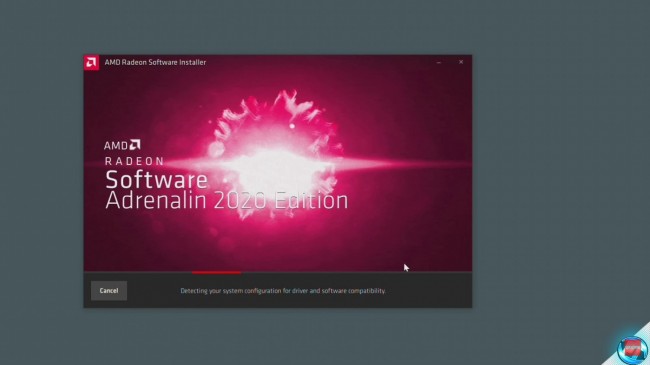 AMD announced the release of the "Radeon Adrenalin 2020 21.6.1," their official "FidelityFX Super Resolution (FSR)" graphics driver that can boost any game titles that the driver supports with.

Along with the said graphics driver, the hardware manufacturers announced the "FidelityFX Super Resolution" technology on the same date.

According to WCCFTech.com, the said driver upgrade will be a support driver for the AMD Radeon RX 6800M graphics card.

Enabling FidelityFX Super Resolution at "Ultra Quality" gives a practically identical visual experience with around 59% more performance in Godfall. Or get up to 2.5x the performance in select games when you choose the #FSR "Performance" preset in 4K. The choice is yours. pic.twitter.com/zjShErY9KK

A supposed main competitor to NVIDIA's "Deep Learning Super Sampling (DLSS)" technology, the FSR uses cutting-edge upscaling technology that will boost the framerates of selected games as well as delivering its high-quality and high resolution experience without the need of upgrading to a new graphics card.

According to Technosports, the games that will be supported by FSR included Godfall and the recently released Dungeons and Dragons: Dark Alliance.

Those who want to update their existing AMD Ryzen Chipsets, including its graphics cards, can download the"Radeon Adrenalin 2020 21.6.1" and its combined chipset installer in the AMD website itself, amd.com. Take note that an internet connection is needed.

Once downloaded, you can run it directly into your PC or laptop that you want to upgrade. Users should also check in the list that is in the website if their drivers such as AMD embedded graphics cards and chipsets that are compatible to the said software.

Compatibility-wise, the "Radeon Adrenalin 2020 21.6.1" ended the support for Windows 8.1 and earlier versions of Windows, as well as pre-Polaris cards. NeoWin.com said in their article that the software driver will only be compatible to those systems that were run in Windows 10 64-bit OS.

The new "Radeon Adrenalin 2020 21.6.1" driver software had several issues that was fixed. This includes the games that the RX 6800M graphics card series is supporting.

According to NeoWin.com, a bug by which the AMD's Radeon FreeSync system, a technology that fixes choppy gameplay and broken frames, may become locked while on desktop after switching between extended and primary displays upon closing a game is fixed.

It also solved the issue where "Anno 1800" may crash upon launching when running in DirectX 12, as well as the issue regarding the cleanup utility that may clean up a chipset/RAID installer related folders.

Another fixes are the "lower than expected" performance in Destiny 2 for several Radeon graphics cards, the "higher than expected" CPU utilization for the AMD User Experience Program Master service, and a bug that can cause a crash to Ring of Elysium on DirectX 12 while enabling the Ray Tracing.

But despite of these fixes, there are issues that remained unsolved. This includes an intermittent application hang in Resident Evil Village, an occurrence of a black screen when Enhanced Sync is enabled, and flickering on Radeon RX Vega series once two displays with large resolution differences are connected.

AMD will also investigate several issues that include one that could create an impact to AMD Ryzen 500 notebooks' battery life and a D3 error code that may be seen in several motherboards after updating to the latest Radeon software.