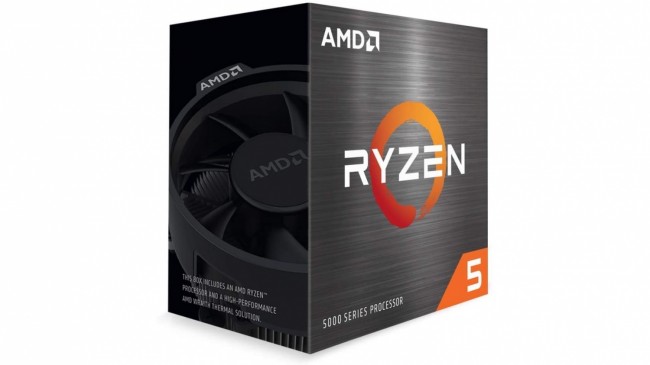 The AMD Ryzen 5 5600X, since its release, has become the processor of choice for most PCs, especially in gaming PCs. Boasting a 65W maximum power and a 4.8GHz maximum frequency, the Ryzen 5 5600X has the AM4 socket with 6 cores and 12 threads, and built with the Zen 3 architecture.

According to PCInvasion.com, the CPU itself shines in terms of gaming and streaming as it did not have a hard time running games that are 1080p or even 1440p.

One of the high-performance motherboards that MSI manufactured, the MSI MPG B550 Gaming Edge was first becoming available last June 15th, 2020. It has the AMD B550 chipset, 4 slots for memory with 288 pins, and a supported maximum memory up to 128GB.

According to NewEgg.com, it supports up to 5100+ (OC) MHz DDR4 Memory, it has an extended Heatsink Design with an additional choke thermal pad that is rated for 7W/mK and a PCB with 2oz thickened copper that are built for high performance applications and gaming.

It even uses the Flash BIOS Button with an Optimized ClearCMOS Function, a technology that can flash any BIOS within seconds by simply inserting a USB key.

If it is sold brand new, the MSI MPG B550 Gaming Edge Motherboard costs at $199 at Amazon

In their website, ASUS said that the ROG Strix X570-E Gaming Motherboard has their patented ROG Pre-mounted I/O Shield that also has a BIOS FlashBack button, a HDMI 2.0 socket, and a DisplayPort 1.2.

It also has an Intel I211-AT Gigabit LAN with a 2.5G LAN Cable port, an Intel Wi-Fi 6 AX200, and a Multi-GPU SLI/CFX support. It also has a ProCool II sockets, which are built with tight specifications to ensure flush contact with the PSU power lines. These sockets are a unique ASUS' ROG X570 series motherboards.

If it is sold brand new, ROG Strix X570-E Gaming Motherboard can cost for $330 at Amazon.

According to PCGamer.com, the Gigabyte A520 AORUS Elite is a high-end motherboard from the A520 series motherboard. It has an Ultra-fast NVMe PCIe 3.0 x4 M.2 connector, and an 8118 Gaming LAN with Bandwidth Management, which is a GIGABYTE exclusive.

It also has a Smart Fan 5 that has multiple temperature sensors, a Q-Flash Plus update BIOS that doesn't need to install the CPU, Memory and Graphics Card, a Realtek Gigabit LAN port, a pre-installed I/O Shield for "easy and quick installation."

If it is sold brand new, the Gigabyte A520 AORUS Elite Motherboard can cost $110 at Amazon.