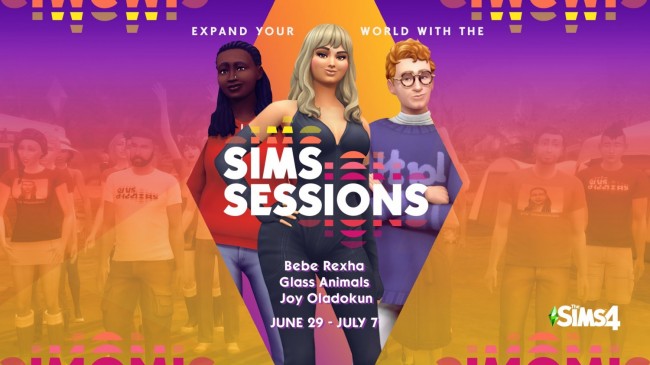 A new patch update for The Sims 4 has been released, and despite not having major changes in the game, it gave its players one event that they need to attend - The Sims Sessions Music Festival. According to TheGamer.com, the concert itself is a part of The Summer of Sims event.

Aside for the incoming virtual music event and other new content, several needed bug fixes were made in this life simulation video game, which is fourth in The Sims series.

Let's Come Together and Enjoy in Sims Sessions

In the Sims Sessions Music Festival, several popular artists will come together to entertain the players inside the virtual realm of The Sims 4 with their most iconic songs.

All EA Play members can jump into this in-game, free music experience with The Sims 4 in the Play List. Enjoy the show & share your photos! pic.twitter.com/m5sEv3mSjS

According to Dual Shockers, the artists that were part of this virtual online event include Bebe Rexha, a two-time Grammy Award nominee who will be performing an acoustic rendition of her song, "Sabotage."

The virtual event will also have Dave Bayley, the lead vocals of Glass Animals, a British electronic/pop band who will be performing their hit single, "Heat Waves."

Lastly, Joy Oladokun will be a part of the Sims Sessions concert. Labeled as "Artist to Watch" in 2021 by Amazon Music and NPR, Oladukun, according to Extra Times, will stir the emotions of her audience while taking them on a musical journey with her song, "Breathe Again."

According to TheGamer.com, Sims Sessions will be on every Sunday (in-game), starting from June 29th at 10:00 AM PT to July 7th at 10:00 PM PT, and will take place in Magnolia Blossom Park in Willow Creek.

All of the songs that are in the concert's setlist will be performed in Simlish by the participating artist's Sim. The performance will take place over the course of the on-game evening and night time.

How to be a Part of Sims Sessions

According to a blog post in Electronic Arts' website regarding the event, after updating the game and once they have logged in, players will receive a message telling them about the virtual concert.

They will also receive a ticket for the event, which will be in the game's inventory. This ticket will also be the requirement for them to travel to the location of the concert.

The event banner will also pop up in the Willow Creek's neighborhood map, were a Sim can see it if he or she gets curious regarding the event and cannot wait for the message.

According to TheGamer.com, the players' Sims will be able to participate in the virtual concert by getting hyped, dancing, and cheering for the artists that will be performing. They can also take pictures of the event.

They can also attend the Sims Sessions many times they wanted during the duration of the event. They can also access it from existing game saves.

Aside from the performance from the participating artists, the Sims Sessions will also have stalls within the venue such as a merchandise stall that sells items such as tents, camping chairs, and t-shirts, a Coffeeshop van that will sell grab-and-go food items like pizza slices, and a random stall selling MySims statues and other random items.

Apart from that, there will be facilities installed within the venue including a public bathroom and tents.

TAG The Sims, The Sims 4
© 2020 Game & Guide All rights reserved. Do not reproduce without permission.