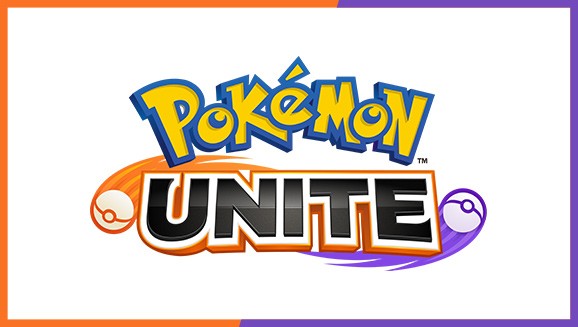 Ever since its announcement last June, players are now waiting for the launch of Pokemon UNITE for both the Nintendo Switch and Smartphones. A unique take to the mobile multiplayer online battle arena (MOBA) games, Pokemon UNITE was different among other games under the said genre.

Much like other MOBAs like League of Legends: Wild Rift, Pokemon UNITE let you choose among 19 Pokemon that will be part of the game's launch. They can also level up to obtain or strengthen their skills, although in UNITE, your chosen Pokemon will evolve on a specific level.

But what makes UNITE unique is the fact that the game did not involve around destroying towers or surging through the enemy base. In UNITE, players will "catch" AI Pokemon and move towards one of the many control points that are scattered on either one of the two halves of the map.

Lucario is an All-Rounder that benefits from staying in the melee!

With plenty of combos that can reset the cooldown of its moves, Lucario can build strong momentum in the right hands! #PokemonUNITE pic.twitter.com/64gnEOJSEe

According to AndroidCentral.com, the game will have players pit against each other in 5-players-versus-5-players (5v5) team battles.

During these battles, they will race within a time limit towards obtaining the most total score in the game while continuing to cooperate with their teammates to accomplish the game's objective.

According to The Verge, Pokemon UNITE is set to rolled out in the Nintendo Switch within this month of July, while those who want to play the Pokemon MOBA in their smartphones, either Android or iOS, need to wait longer as the game will release on said platform this September.

However, Pokemon UNITE will eliminate the limitations of every gaming platform involved as the game will allow cross-platform play between Nintendo Switch and mobile devices and vice versa, according to the press release made by The Pokemon Company.

For now, as they wait, players need to learn more about Pokemon UNITE, including its gameplay, maps, and of course, the playable Pokemon in the game.

How to Play as Charizard

One of the original Kanto Trio alongside Venusaur and Blatoise, who will be also playable in the game (Venusaur in the original 19 Pokemon roster, while Blastoise will be coming in the game soon), Charizard, the Fire-type Dragon Pokemon, packs a punch with its wide variety of attacks.

Starting as Charmander, its Ranged Basic Attack dishes out continuous damage and its range will continue to grow with each evolution. Its Special 1 Level 5 Attack, Flame Burst, creates explosive area of damage (AoE), leaving opponents burned.

You can upgrade your Flame Burst into one of these two attacks - Flamethrower, a ranged blast of fire that will burn opponents, and Fire Punch, a melee attack that knocks back any opponent while being burnt.

Its first Special 2 Attack, Fire Spin, will make their opponents be surrounded by a circle of fire, decreasing their movement speed in process.

Fire Spin can be upgraded into one of these two Special Attacks - Fire Blast, which will give the opponents caught in the receiving end of this attack massive damage over time, as well as their movement speed reduced.

Fire Blitz, on the other hand, makes Charizard dash towards a targeted opponent while covered in flames. Pokemon that will be hit by this attack will be thrown while Charizard has been shielded.

Its UNITE Move, Seismic Slam, makes Charizard swoop in from the air, grabbing the target opposing Pokemon, then slams it to the ground.

According to Dexerto, Charizard provides damaging attacks while giving its opponents Burn damage overtime, especially from its Flame Burst and Flamethrower attacks, making it a good AD Carry-esque Pokemon.

How to Play as Lucario

A fan-favorite from the Sinnoh Region because of its Aura-based attacks, Lucario can be threat in Pokemon UNITE because of its quick yet devastating attacks.

Its Level 1 Basic Attack will not just make him throw a lot of punches, but also will land a high amount of damage after the third hit.

Its Quick Attack is a simple dash attack that can be upgraded into two attacks: Extreme Speed, where Lucario dashes in towards the target while gaining a percentage of health, and Power-Up Punch, a charged-up attack that knocks back a target.

Its first Special 2 Attack, Meteor Mash, delivers an explosive damage after a dash, and can be upgraded into one of any two attacks.

Its Bone Rush will make an opponent stunned after being hit by a projectile. This move can also make Lucario teleport towards the projectile's location if the skill is used again, while its Close Combat lands a devastating combo-attack to a target, dealing massive damage.

Its UNITE Move, Aura Cannon, makes Lucario send an aura blast to a target, dealing massive damage towards the opponents in the attack radius.

According to Dexerto, Lucario's speed will be this Pokemon's advantage, as it will deal damage while moving around the map, from Neutral Pokemon to Opponent Pokemon, making it an Assassin-like Jungler Pokemon.

TAG Pokemon UNITE
© 2020 Game & Guide All rights reserved. Do not reproduce without permission.