Destiny 2 ‘Solstice of Heroes’ Guide: How to Get 12 Un-Sunset Weapons Returning + What Other Content Players Would Expect 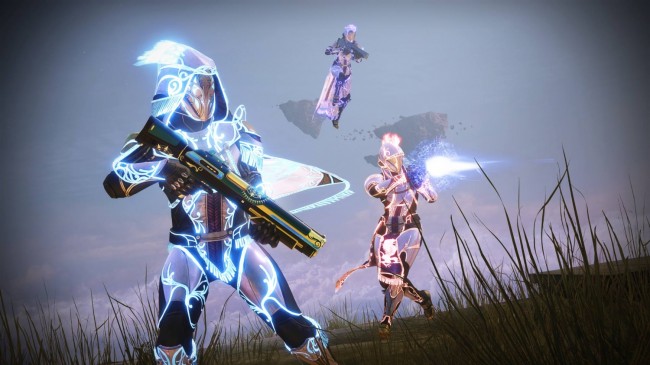 Players of Destiny 2 can have their own event-themed Legendary Shotgun, like the one present in this photo, while playing the game during the "Solstice of Heroes" event
(Photo: Photo from Bungie Inc.'s Website, bungie.net)

Destiny 2's month-long summer event, "Solstice of Heroes," returns this year, alongside game modes that players can be part of in order to earn new in-game goodies.

Along with the event, a number of Un-Sunset Weapons, or weapons that can outpass its power level cap by infusing past a certain point without any limitations, will return to the game, as well as the arrival of "Master Mode" for Vault of Glass and its Timelost Weapons.

For this year's Solstice of Justice, 12 Un-Sunsetted weapons from both Moon and Dreaming City will return in the game. These weapons were first appeared in the game's "The Endless Night" last June 24th.

Rejoice in a celebration of heroism and bravery.

All of these weapons, according to Forbes, were reissued, or un-Sunsetted, with at least one new perk in their pool, allowing these weapons for potential god rolls.

READ ALSO: Destiny 2 'Season of the Splicer' Iron Banner Weapons Guide: How to Get the Finite Impactor Hand Cannon + its God Rolls

The Moon Weapons can be acquired through drops from their original sources on their respective destination or through occasional bounties.

The said Moon Weapons that are up for grabs in Solstice of Justice are as follows, with their respective new perks - Loud Lullaby (Tunnel Vision), One Small Step (Trench Barrel), Tranquility (Frenzy), Arc Logic (Heating Up), Dream Breaker (Cornered), Every Waking Moment (Killing Wind), Love and Death (Chain Reaction), A Fine Memorial (Adrenaline Junkie), and Night Terror (One for All).

As for Dreaming City Weapons, their conditions are the same - they are un-Sunsetted and can be acquired through drops from their original sources on their respective destination or through occasional bounties.

What Players Would Expect in Solstice of Heroes

In Solstice of Heroes, Eva Levante will once again return to the Tower to hand out quests and bounties to the players of Destiny 2. These quests and bounties will reward them bonuses such as a brand new set of Solstice Armor, a new Legendary Shotgun, and a ton of other cosmetic upgrades.

According to TheGamer.com, Bungie, the developers of Destiny 2, did not provide any additional details for the Solstice of Heroes, but this year's event will be more likely similar to that of the same event last year.

Players can have their very own Solstice Armor by repairing one that was handed by Eva. They will be spending a remainder of the event repairing it by completing various challenges that is listed on the armor itself.

Aside from the armor, an event-themed Legendary shotgun is up for grabs for the players and it can be earned by playing during the duration of the event.

Another returning activity that will also be part of the Solstice of Heroes is the European Aerial Zone. According to Polygon, players can create online matches into a holiday-only zone, where they can battle as many minibosses as possible before facing the game mode's primary boss.

READ ALSO: Destiny 2 Corrupted Key Codes: How to Farm? Should You Use Them?