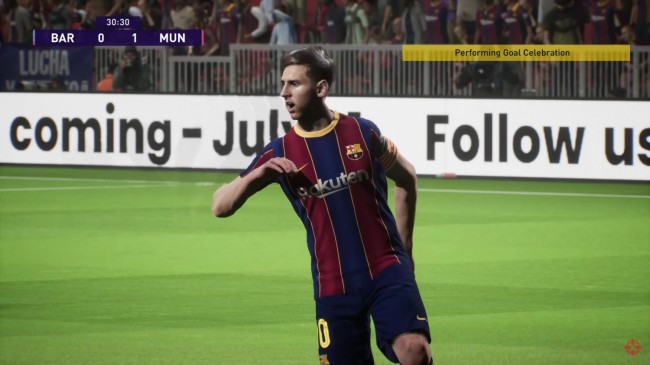 Despite of being focus with other video game projects including revivals for Metal Gear Solid and Castlevania, as well as signing a deal with video game studio, Bloober Team, for the development of a Silent Hill reboot, Konami is also working on with their football game, Pro Evolution Soccer 2022.

The game will receive different reiterations from different platforms, from mobile smartphones to PC to video game consoles such as the Playstation and Xbox systems.

But there is a rumor telling that the Pro Evolution Soccer 2022 will be free-to-play. This is after a video game podcast reveals the details behind the said rumor.

According to an article by Gaming Bolt, Andy Robinson, the Editor in Chief of VideoGamesChronicle.com, said in the video game website's podcast that based on what he heard about the plans for PES 2022, Konami is now changing things up regarding the game in some significant ways.

Robinson also said that the game itself will might be free-to-play, despite the fact that full details regarding this, and on how this should be done for the game, remains to be revealed.

PES 2022, as of this writing, has now approaching the end of its open beta testing and online performance test, which was started last June 24th. The open beta test of the soccer game will determine the network performance in terms of its online matchmaking across various regions.

With that in mind, PES 2022 is now increasing their focus towards Esports and adopting a live service model. Also, according to Metro, Konami will might use either the Unreal Engine 4 or the recently launched Unreal Engine 5 instead of its own Fox Engine.

Another platform that Konami wants to enter in the video game development is mobile as they are focusing on bringing in PES 2022 in smartphones.

According to RealSport101.com, the said mobile version, which as essentially the compressed version of PES 2022's MyClub, will be expected to be released around September 15th to October 15th, much like its previous Mobile versions.

As mentioned, the mobile game itself is the copy of the soccer game franchise's MyClub, a game mode that enables its players to start, manage, and customize their very own soccer game, from their managers to coaches to the players themselves.

Much like its console and PC versions, the mobile version of the PES 2022 will might be free to play.

Pro Evolution Soccer 2022 will might also be available in PCs as the game itself will might embrace the world of Esports, as well as a possibility that the game might do cross-playing and cross-progression to other platforms.

According to FIFPlay.com, the PC version of PEC 2022 requires a Windows 10-64 Bit Operating System, an AMD Athlon X4 870K or Intel i3 6300T CPU or their equivalent, an 8GB memory, an AMD Radeon R9 270X or NVIDIA GeForce GTX Graphics Card or equivalent, and a 50GB worth of a hard drive's free space.

The game also required to have a Broadband connection, both for installation and for play.

According to RealSport101.com, the PC version of the PES 2022, along with its versions for PlayStation 5 and Xbox Series S|X, will likely to arrive on September 7th.