'Fortnite' Chapter 2 - Chapter 7 Alien Nanites Guide: Where are They Located, How to Use Them 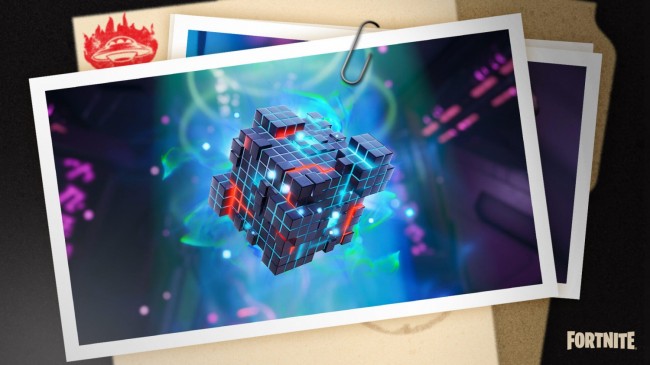 This Alien Nanite is up for grabs for players in Fortnite either as a pseudo shield or as a crafting material.
(Photo: Photo from Epic Games' Fortnite Webpage)

The alien invasion continues in Fortnite as its Chapter 2 - Season 7 is still ongoing, and its players are now starting to use the things the invaders has left ranging from their artifacts to their very own in the form of the Kymera customizable character skin.

All that is left are the weapons, and the aliens have the answer for that - Alien Nanites. These items are scattered around the map and players can collect them to use them for different purposes, ranging from creating a small biome to weapon transforming.

What Are These Alien Nanites

The Alien Nanites was introduced during the recent hotfix update for the shooting game's Ver. 17.10. According to DBLTap, it was described as a new aspect that Alien invaders brought from their own home.

Our radio picked up reports that these “Alien Nanites” alien-ify whatever they touch - wonder how they handle a Sniper Rifle? #HotSaucersLeakshttps://t.co/lDSBRSE4pk pic.twitter.com/4MjpbCsOap

Once acquired, players will have two options on how to use these Alien Nanites. One is that they can throw these in the open atmosphere to create a low-gravity biome that they can enter and exit for about 30 seconds.

DBLTap stated that the physics inside the biome made by the Alien Nanite is as thick as the anti-gravity zone in the Holly Hatchery POI, which means that players will be swimming when they try to jump in it. By pressing crouch, they will descend faster inside the said biome.

Apart from that, players will not suffer any fall damage if they jump out of one from a high altitude. According to Gamespot, the fall from the said biome will be slow as exciting the nanite in any direction will thrust the player out at a high speed and protects them from said fall damage.

Aside from being used to create a small terrestrial planet-like atmosphere, Alien Nanites are also used for creating alien weaponry.

According to Heavy.com, these Alien Nanites are similar to that of Nuts and Bolts, another crafting ingredient that was previously introduced also in Chapter 2 - Season 7. But unlike the latter, the former, once picked up, can take up a slot in a player's inventory.

To transform your weapons into alien tech weaponry, you only need one Alien Nanite and a corresponding weapon. According to Gamespot, there are three alien tech weapons to unlock during the crafting process.

Where do you Collect these Alien Nanites

There are no specific locations to where these Alien Nanites can be located and collected, considering that according to Gamestop, these nanites as part of a Legendary Quest for Fortnite's Week 5 of Chapter 2 - Season 7.

However, according to Fortnite Intel, the Alien Nanites can be spawn as a floor loot or inside containers that were anywhere on the map, despite being rare because they spawn more often.

Alien Nanites can also be seen inside chests on Alien Abductors and the Mothership, where the nanites have a higher spawn rate.