Scarlet Nexus Guide: Tips for Beginners + How to Get Best Weapons in the Game 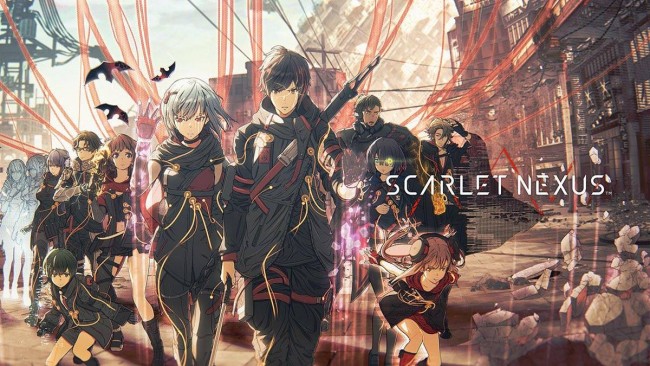 A newly released JRPG from Bandai Namco, Scarlet Nexus lets its players dive in to the game's futuristic setting while experience its flashy action along with the usual RPG elements including equipment gathering, leveling up their characters, and more.

With its dual storyline featuring the two main protagonists, Yuito and Kasane, and unique gameplay that mostly require the characters to use their brain to activate their powers, including moving extremely heavy objects, Scarlet Nexus is "more exciting" than the other JRPGS, according to Fortress of Solitude.

With that said, Scarlet Nexus a "must-to-play" JRPG, and this article will cover everything that a beginner needs to learn about the game.

Follow the link below to order your copy and connect with the OSF.
Order 🔺 https://t.co/8OBi2xzAg7 pic.twitter.com/WoR3Mecj5g

Pick a Character, and a Story

As mentioned before, Scarlet Nexus has two characters, Yuito Sumeragi and Kasane Randall. Each of these two characters have different story plots.

In order to get full experience and learn everything about the game's lore, including its world, according to Digital Trends, you need to play through the stories of both characters.

In order to help you understand both of these characters before choosing one, you need to keep these facts in mind - Yuito fights with a katana and has psychokinetic skills that compliments his fast, aggressive melee combat, while Kasane can create her distance from enemies with her psychokinetic-controlled blades.

While Yuito is a risky character that can pull off best combos right in the enemies' faces, but has limited defensive options that needs a lot of healing items, Kasane is a safe character that will not put herself in the harm's way as much as dealing damage thanks to her ranged attacks.

If you want to play as an aggressive, action-focused gameplay that is focused on single-target damage and combos, you can pick Yuito. If you want safer yet wider range of attacks that can be used for crowd control, you can pick Kasane.

Despite the game being heavily focused on combat, Scarlet Nexus is still an RPG at heart. With that said, your character's inventory is important, including its equipment, items, and currency. As you progress within the game, you will pick up new gear that you can compare and equip.

But you are not just focused on your main characters, but also to your party members, who also has their own inventory that needs to be managed.

In terms of weapons, you can obtain them through buying them in stores, through quests, or by exchanging materials at a shop.

For items, you need to always check in at a shop whenever there is an opportunity. From there, you need to buy for items that can increase your maximum health points or raises your defense and resistance.

Finally, to save money for your better equipment and items, always exchange items at shops whenever possible.

In Scarlet Nexus, players will meet with other people during a character's story campaign that might help them or become part of their party.

An entire bond system can make this happen as it can build up more meaningful relationships. The higher the bond level, the more effective your Struggle Arms System will be.

There are several ways you can increase your bond with several characters in-game, including special bonding missions that you can take during your standby phases of the game. You can also buy and give gifts that are sold in stores for your party members to increase your bond levels.

You need to learn about the combat system of Scarlet Nexus, which includes follow-up attacks after a successful combo or psychokinesis attack.

You will also need to learn to correctly time your combos, like when you hit a psychokinesis attack, you will follow it up with a rush attack for a ton of extra damage.

As your character levels up, you can do perform more than one follow-up attack in a row, making it one of the most important thing that you need to learn in-game.

The Struggle Arms System is the 'payoff' in Scarlet Nexus every time you made your bonds with your party mates. What this system does is allow your character to take on the abilities and powers of a party member and add it to its arsenal.

The system will run a timer as soon as it activates, so better trigger it at smart moments, or those times that you really need it like encountering difficult encounters, in order not to let it go to waste.

The gauge itself will refill over time, so using it first in a long battle could mean using it again for the second time before the battle is done.

Plug-ins in Scarlet Nexus was used for defensive purposes where you and your team can equip for various buffs, ranging from defense stat increase to health points boost to boosting XP earned.

These plug-ins can be earned through loots that was dropped from enemies, as a quest reward, or buying them from a shop.

Your character can equip up to three plug-ins, but you will need to unlock additional slots via the skill tree's support branch.

You can also unlock more slots by going to the Plug-in Parallelization Program in the shop, where you can buy plug-in slots for your teammates, but you need to give these to a party member as a gift before unlocking it for them.

How to Get the Best Weapons

As mentioned, weapons in Scarlet Nexus can obtain them through buying them in stores, through quests, or by exchanging materials at a shop.

Some of the weapons can be obtained by clearing the game once with either protagonist. After that, side quests will be unlocked, which will reward you with Phantom Art materials. These materials can be exchanged with other items in a shop to obtain Best Weapons for each character.

According to Twinfinite.net, in order to get the Best Weapons, you must acquire a Base Weapon, a Phantom Art after a specific task, and a corresponding Analysis.

For Yuito and his Platoon Squad:

-for Gemma (Gou Musou Land Type/'Beat the game and complete No Interference! side quest'/Coil Moil Analysis)

For Kasane and her Platoon:

READ ALSO: 'DnD: Dark Alliance' Crossplay on PC, PS4, Xbox Guide Plus Beginner's Tips on How to Master the Game

TAG Scarlet Nexus
© 2020 Game & Guide All rights reserved. Do not reproduce without permission.