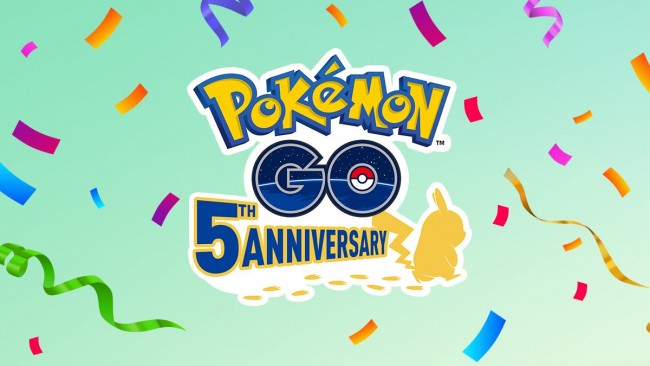 Pokemon GO's 5th Anniversary Event is still rolling on, and Trainers are still enjoying the new rewards, Pokemon, including the Flying Pikachu with a 5-shaped balloon attached to it, and field research tasks.

The event that celebrates the 5 years of the smartphone app also brings back the Jump Start Special Research Tasks. According to DBLTap, the Special Research has six stages with 3 subtasks each, and players will receive rewards as they accomplish these subtasks.

Trainers, here’s a look at our #PokemonGO5YearAnniversary logo! What’s been your favorite Pokémon GO memory, Trainers? Tell us in the comments! pic.twitter.com/AuA5JcYj1k

How to Make a New Friend

One of the subtasks in the Jump Start Special Research, and the first one for both Page One and Page Six tasks, making a new friend in Pokemon GO might seem look like a simple task. But according to Attack of the Fanboy, many Trainers are struggling to do this due to the complexity of the in-game system.

But thanks to the internet, doing so can be easy to accomplish.

In order to add a friend in Pokemon GO, you must go to your profile by tapping your profile photo in the bottom left. Once you tapped it, a menu will pop out, then swipe right to enter the "Friends" menu.

From there, you can have two ways in accomplishing this task - by tapping "Add Friend" and get your Trainer code to share with other people or by entering someone's Pokemon GO profile through their Trainer codes.

There are many options in terms of sharing your Trainer code, including sharing it via social media or thru groups from Reddit or Discord where you can enter and swap your Trainer codes with others. You can also share those codes on local Pokemon GO-based events which can be a good source of friends.

Once you accomplish this subtask, you will get 5,000 XP for Page One and 60 Dratini Candy for Page Six.

How to accomplish other Jump Start tasks

After making a new friend, you may proceed to the other two tasks, Catch Three Pokemon with Wealth Boost and Hatch an Egg, which according to Dot Esports, can give you 5,000 XP each. Once you accomplish all of the Page One subtasks, you will get 15,000 Stardust, two Lucky Eggs, and a Dratini encounter.

On Page Two, you must earn a Candy by walking with your Pokemon Buddy, take a Snapshot of Dratini, and evolve a Dratini before receiving a total of 60 Dratini Candy and 10,000 XP. Accomplishing these will give you 15,000 Stardust, one Premium Raid Pass, and two Lucky Eggs.

Page Three of the Special Research will make you power up a Pokemon ten times, battle another Trainer in the Great League, and participate in a Raid (any N-Star will do) to make you receive a total of 45,000 XP. Accomplish these task, and you will receive a 15,000 XP, two Lucky Eggs, and two star Pieces.

On Page Four, you will receive encounters for the Sinnoh Three (Chimchar, Turtwig, and Piplup) once you accomplish the following tasks - Catch five different species of Pokemon, Catch a Legendary Pokemon from a Field Research Breakthrough or a Raid, and Hatch three Eggs.

Accomplishing Page Four of the Special Request will give you 15,000 Stardust, two Lucky Eggs, and a Shiny Eevee encounter.

On Page Five, you can take a snapshot of Eevee, send five gifts to friends, and trade three Pokemon before receiving a total of 90,000 XP as its reward. A Lapras encounter, 30,000 XP, and two Lucky Eggs will be awarded to you once the Page Five subtasks are done.

Finally, on Page Six, after you make a new friend, you need to win a Level Three or higher Raid, and Evolve a Dragonair before you receive 60 Dratini Candy and 100,000 XP. Once you finish the Page Six subtasks, you receive 100,000 XP, 15,000 Stardust, and two Lucky Eggs.