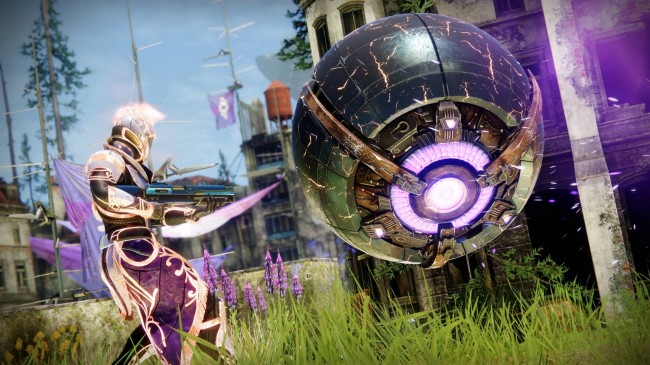 With the Solstice of Heroes still rolling, players of Destiny 2 are now enjoying what the game has been giving to them, ranging from a free event-themed armor to free Compass Rose shotgun.

But Bungie Inc., the game studios that developed the shooting game, is not done yet on giving everything for Destiny 2, especially in terms of improving its gameplay.

That is what they did for the game's 3.2.1 Update for its version 2.23, where changes for its different game modes, gameplay, and user interface and experience was implemented along with other bug fixes.

Eva is back and she brought the sunshine.

According to the patch notes posted in the game's website, there are changes made by the patch for their game modes.

READ ALSO: Destiny 2 'Solstice of Heroes' Guide: How to Get 12 Un-Sunset Weapons Returning + What Other Content Players Would Expect

In their Expunge Missions, the patch fixed the issue where the Codestrider platform over the boss during the Expunge: Styx mission would fail to have collision in certain circumstances.

While it fixed two issues in the Expunge: Tartarus mission - the issue where a Codestrider platform would fail to have collision in certain circumstances and the issue where defeating the boss before the second immunity phase would block mission completion.

Specific Strikes, particularly Fallen S.A.B.E.R., The Arms Dealer, and The Inverted Spire, will also receive fixes from the patch.

These include a fix in an issue regarding a missing lightning damage-over-time effect in the boss area when exploring it from a location (for Fallen S.A.B.E.R.) and a fix in an issue in the Legion's Anchor area where a Phalanx would sometimes teleport into the middle of the encounter area (for The Arms Dealer).

The patch also fixed the issue in The Inverted Spire where players who died in the drill area could have their Ghosts appear far back in the strike. Instead, the Ghost can now appear at the set safe locations within the drill area.

As for the Raids, particularly in the Vault of Glass, according to Player.One, the patch provided a fix to an issue in the aforementioned Raid where players could live through a detain by simply spamming their favorite dance emotes.

This issue gives the players an advantage while doing the said Raid, which ruins the whole experience of the game mode.

Other fixes regarding issues inside Vault of Glass includes an issue where players could not display raid metrics on emblems, an issue where the Atheon Cache required a specific job to have a chest armor unlocked to obtain an item, an issue where bounties did not progress when killing combatants, and many other issues.

The Vault of Glass will be returning during the Solstice of Heroes, according to Polygon, along with Raid Difficulties which players can crank up the difficulty of the said Raid up to Master settings, increasing its Power level to 1350 as well as its rewards.

Aside from the fixes and changes made to its game modes, the 3.2.1 Update for Destiny 2 also provided gameplay changes.

According to Attack of the Fanboy, the update fixed an issue which the duration for Withering Blade's Slow did not increase with the Whisper of Durance fragment equipped, as well as an issue regarding a generated Diamond Lance if a player throws a Glacier Grenade into a pile of Telesto projectiles.

The update also fixes the issue in which Stormcaller Warlocks were unable to use Ionic Blink while slowed by Stasis, as well as few bugs in which abilities were not properly costing Sentinel Shield energy when guarding including Celestial Fire, Withering Blade, Shiver Strike, Glacial Quake, Silence, and Squall.

To learn more about the changes and fixes, players should visit the Bungie's website, bungie.net.