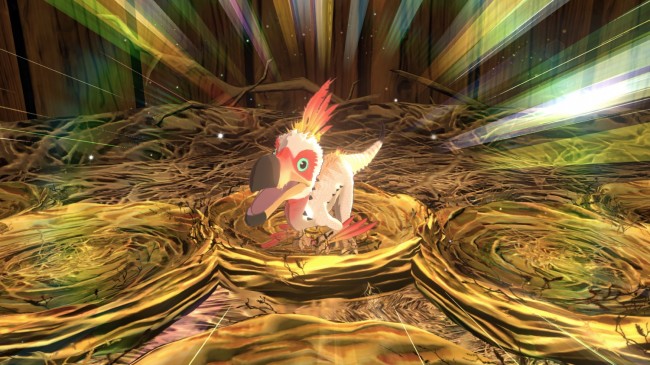 In Monster Hunter Stories 2: Wings of Ruin, you will have the ability of raising friendly Monsties that can be used for both combat and as transportation that can take them towards grand adventures.

Like most role-playing games (RPGs), Wings of Ruin's Monsties can have its stats strengthened while they have their own rarer versions that can be hunted down to farm any specific gene combinations.

Because of this, players of this game will consider two things in mind: find Monstie Eggs in their journey, especially those that are rare, and taking care their own Monstie companions.

How to get rare Monstie Eggs

According to a guide by Kotaku, while you are starting the game off with a single Velocidrome, you will also be able to gather those Monstie Eggs for you to use as you progress.

For the first hours of the game, any eggs that you find within the Monster Den will be of average rarity. Once you presented those eggs that you collected to your companion, Navirou, it will likely call them "light" or "not very stinky," which proves said rarity.

Start from there to breed your own Monstie farm, then focus on hunting down those rare Monstie Eggs.

In order to search for these eggs, you must first enter the Alcala region, where you will notice a new type of Den that will pop up - Rare Monster Dens. These dens resemble a golden crystal or a honey cluster, and typically it contains at least one rare Monstie Egg.

Head towards the said monster den and pull out an egg from the monster's nest there. Continue pulling out those eggs until one of them shines gold.

Navirou will say that the egg is "smelly" or "relatively heavy," which means that the Monstie inside has higher stats. The egg itself will also glow and shimmer as you hold it.

You can take the rare egg back to your home Monstie farm where you hatch it into a rare Monstie with better stats.

Generally, these kind of Monsties have better abilities in their gene pool and have additional stats for either health or attack. You can either use these Monsties to train others by 'stealing' their stats, and if possible, abilities, or raise them in battle.

How to train Monsties

You can train their own Monsties by performing the "Rite of Channeling" once you pass the Basarios trial in the Alcala region. The said "rite" will let you take a gene from one Monstie and transfer it to another.

In order to proceed said method, you need to first pick a rare Monstie that you will pluck its genes from and another one who will receive said gene. Keep in mind that you need to temporarily take them out of your party before performing said method.

Each of the Monsties in your party has nine gene slots that can be unlocked once it levels up. These gene slots will give you access to rarer abilities and builds its strength through a combination of stats that was "embedded" in these genes. But using the "Rite of Channeling," you can create even rarer stat combinations.

You just need to plan which genes that you need to put in one of your Monstie's gene pool rows while building it accordingly.

How to Pet your Monsties

Aside from training and using it for progression of its own, you can also pet your own Monsties by opening the "Switch Weapons/Use Skills" menu and selecting "Pet" from the list of options there.

According to GameRevolution.com, petting your Monsties will recover their health slightly, as well as it deepens your Kinship stat. Increasing said stat's level will let you utilize increasingly rare and powerful Monsties.

How to Farm Money, XP

During your progression in Monster Hunter Stories 2: Wings of Ruin, both you and your Monsties need to level up, especially for the latter, which its gene pool slots are needed to be unlocked by leveling up.

There are two methods how to earn XP as well as Zenny, the in-game currency, with minimal effort, according to Gameranx.com.

First is the Roly-Poly Problems sub-quest, where you will be sent to the North Kamuna island to defeat 6 Konchu (Yellow). Once you defeat them, you will earn 1,200 Zenny, 20 XP, and x2 Insect Husks.

This sub-quest, which takes about two minutes per run, is repeatable and you can take it over and over again to grind. A total of 12,000+ Zenny can be earned if you are grinding for 20 minutes. A faster way to accomplish this is to use Auto-Complete to end the mission faster.

Another method is the Trial Quests, which is suitable for those who wanted to grind XP more than Zenny. These quests are one of those best ways to level up you Monsties, despite its rewards are relatively small compared to other sub-quests.

READ ALSO: 'Monster Hunter Rise' Patch 3.0 Update: New Monsters and How to Unlock Them ALL