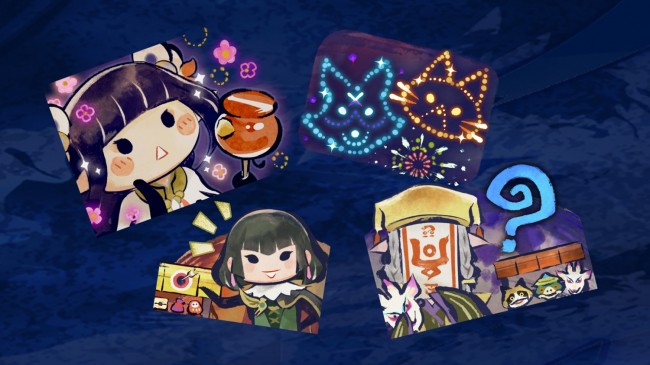 These Festival Stickers are up for grabs in the "Rampage: Muddi Gras" Event Quest in Monster Hunter Rise
(Photo: Photo by Monster Hunter's Twitter Page, @monsterhunter)

Capcom formally announced that a new "Rampage: Muddi Gras" Event Quest is up for grabs for players in Monster Hunter Rise. In this Event Quest, players will hunt down its Boss Monster, Almudron. Once it slayed, according to Nintendo Enthusiast, they would snag a cool reward - an event quest-exclusive Festival Sticker Set.

According to Nintendo Wire, the said sticker set will feature some friendly merchants and fireworks of the game's furry friends for players to share while playing Multiplayer mode.

How to Add Event Quests

Event Quests in Monster Hunter Rise are not like other quests in-game as they are downloadable quests. In order to have those Event Quests, according to GameWith.net, players must first approach the non-playable character (NPC) Senri the Mailman, which can be found in the Kamura Village.

📜 EVENT QUEST 📜
Bring out the big guns and defend the gates in "Rampage: Muddi Gras" to earn the Festival Sticker Set! 🎆

Senri is "gateway" for the game's Online Multiplayer mode, which players can join by just approaching him.

Once they approach Senri, they can select the "Add-on Content," then select the "Rampage: Muddi Gras" Event Quest.

How to Defeat the Boss Monster

Almudron, the boss of this 7-star Event Quest, poses a threat thanks not just to its 7/10 Threat Level, but also to its attacks.

According to Game8.co, its Golden Mud can deal damage over time as long as Hunters are in its radius, while its Lunging Attacks surprises its opponents thanks to its insanely long body. It can also use mud to deal high damage as well as inflicting Waterblight to Hunters.

It can sweep enemies with its tail and create a Whirlpool that can drag anyone towards its center before launching out of the water.

Hunters will have a hard time defeating Almudron thanks to its Mud Ball that was gathered using its tail and its Mud Ball Hammer can deal incredibly high damage as well as influctung Waterblight to those who will be caught in the attack.

In order to beat this Boss Monster, Hunters must use the mud platforms within the area to their advantage by jumping on them and perform midair attacks with. The said platforms can also be used to dodge the waves of mud that Almudron sends out.

Aside from the mud platform, players may also use the Giganha-infested watter by throwing meat baits under Almudron whenever it is incapacitated.

Giganha will shortly move towards the area and attack Almudron dealing damage while staggering it in the process, leaving an opportunity for the Hunters to dish out the heaviest of damages.

Hunters can also wait for the monster to be in its Half-Submerged Stance after it attacks. Most of Almudron's body is submerged into the water, leaving only the tail, forelegs, and head exposed.

They can go to the safest area, which is the gap between the tail and the forelegs, only leaving you vulnerable to the monster's mud attacks. They can also position themselves behind its head and deal damage towards its back if they want to break it.

Hunters must also beware of Almudron's Mud Ball that will unlock its Mud Ball Hammer. They need to break it immediately as breaking it will not only make the fight against the monster easier, but it can also knock it down.

How to Use the Stickers

Once they defeat Almudron, they will receive the Event Quest-Exclusive Festival Sticker Set that can be used in chat.

According to Game8.co, in order to use these stickers, they can use the Action Bar by setting it preemptively then pressing the up or down button on the D-pad.

Lastly, and the least efficient one, they can press the "+" button then head towards the Chat Menu, then select the "Sticker" tab.