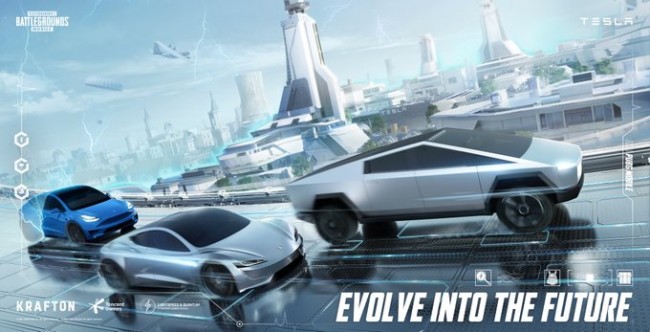 You can see these Tesla-made cars during the 1.5 Version Update for PUBG Mobile.
(Photo: Photo from PUBG Mobile's Twitter Page, @PUBGMOBILE)

According to the Patch Notes posted in the game's website, the said update would take an amount of storage space on Android and iOS smartphones, while advising its players to initiate said update as soon as possible.

The main event of PUBG Mobile's Version 1.5 update, entitled "Mission Ignition," is the collaboration between the game and Tesla. Because of this collaboration, players of the shooting game will see Tesla-related content in-game.

This includes the in-game version of the electric automobile company's Gigafactory, with its functioning switches included. According to Slash Gear, players can activate those switches to start the car assembly process, which eventually leads to owning in-game vehicles based on real life Tesla models.

This includes the Tesla Model Y, which according to CNet, includes an autopilot feature that can be activated when it is on highways and will drive to preset markers on the map.

Players will also see other self-driving Tesla vehicles that will be spawning across the map and drive around preset routes. They will also see a Tesla Semi where they can deal damage to it until it drops supply creates if they want to obtain battle supplies.

All of these will happen in the game's newly revamped Erangel map. According to Gamespot, the said PUBG Mobile map received the biggest changes during the patch update.

This included a new transportation and material search methods, as well as new buildings and interactive elements that were scattered across the said map.

Other changes made by the Patch 1.5 Update includes changes regarding the Rate of Fire Compensation System, third person camera settings, improvements on default control logic, and hangar improvements for the game's Team Deathmatch multiplayer game mode.

PUBG Mobile's Patch 1.5 Update will be lasted until June 16th, and players will receive 2,888 BP, 100 AG, and a Victorian Maiden Backpack once they updated their own PUBG Mobile app.

According to Dot Esports, once your downloaded both the .apk and the .obb file, you need to locate the former first to launch the installation process. You must first enable the installation of any smartphone apps from unknown sources on your devices before you proceed.

Once the .apk file of the game has been installed, you can copy the .obb file to the "com.pubg.imobile" folder, which is located in the OBB folder under "Android." If this folder doesn't exist, you can create a new one with the same name.

Once you completed the installation, you can now open your PUBG Mobile app and enjoy its update. You will still be required to download the maps and other in-game assets.