'COD: Warzone' Gulag Glitch: How to Do and Get Into It, Location + How Does it Works 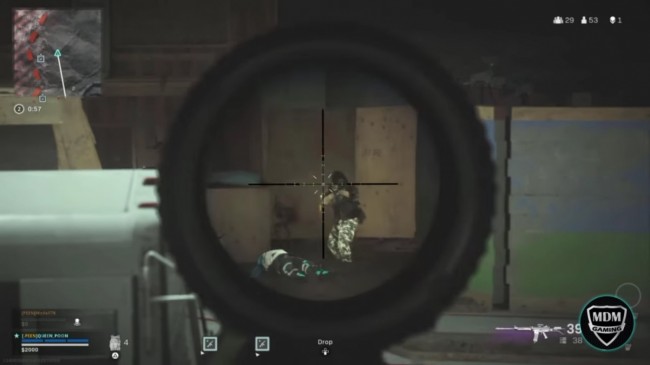 Players can combat 1-on-1 in Call of Duty: Warzone's Gulag, which is marred with a glitch.
(Photo: Screenshot from MDM Gaming's "*INSANE* Warzone Gulag Glitch (Free Kills!) | Call of Duty Warzone")

Activision is in the midst of dealing a glitch within Call of Duty: Warfzone that will affect the gameplay, especially a map where the glitch in question was first seen.

The glitch itself, according to Comicbook, will might not end up transpiring to those who play the first person shooting (FPS) battle royale game, but the severity of it means that the developers of the game need to look at it and rectify as soon as possible.

How This Glitch Works

The glitch was first discovered in a video posted on YouTube by the content creator NTrippy, who pulled it off without any important information on how to do it.

A new Call of Duty: Warzone glitch lets players get into the gulag before their turn in the queue AND makes them invincible while they can kill the enemy .https://t.co/7ppFe6JzNH pic.twitter.com/bFFS4lQ6c6

According to Dexerto, the said glitch requires the player to land in the map via parachute first. Then the player needs to locate its opponent that is waiting to spawn and fight inside the Gulag. Whle spawning, the player is unable to move.

Once the timer expires, the said opponent will be confused on how the player was there in its spawn point in the first place then it eventually tries to shoot it down, but this move is unable to deal damage.

Unfortunately for the said opponent, it will be a receiving end of several punches to death by the player who exploited said glitch.

Even the map cannot event stop the player from doing said glitch. According to Games Radar, the said player, who is "infiltrating" the Gulag thanks to the glitch, is seemingly invulnerable to damage until it is their turn to officially enter the said map.

The said video showing the glitch, despite gaining few thousand views on YouTube, was seen being shared across other social media platforms, including Twitter and TikTok. In a comment last July 10th, NTrippy said that he might post a video on how to do the said glitch.

However, Activision might have acted on it as the said glitch might be spoiled by the players, causing a serious problem for Warzone and turn into a major issue, especially if players who are exploiting this glitch may gang up on opposing players within the Gulag, according to Comicbook.

As of this writing, the developers has not posted anything regarding the glitch and whether or not it will be looking to hotfix it within the game.

Servers Down, New Season Kicks off

Meanwhile, Dexerto reported that there will be an update for both Call of Duty games this coming July 15th to kick off their Season 4 Reloaded.

This update brings forth new content, including the new Mauer der Toten map, two new weapons in the form of the CRBR-S Wonder Weapon and its four variants and the craftable LT53 Kazimir, and other gameplay improvements.