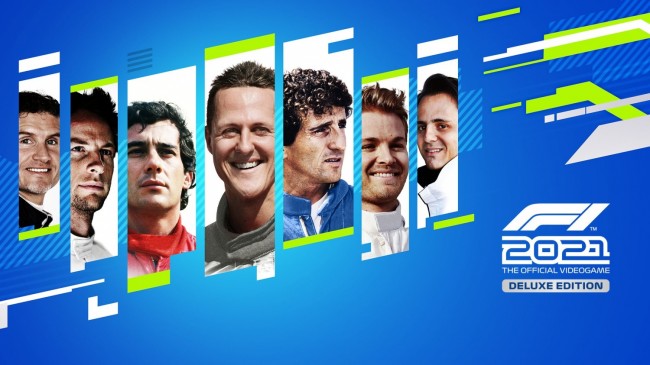 Codemasters and Electronic Arts is expected to launch the long-awaited F1 2021 within this week, and players will experience the high-octane action that the racing simulation game will be offering, with its engaging game modes and a roster of drivers, which includes famous names of F1 racing.

F1 2020, according to Give Me Sport, will give the gaming community the experience of this action-packed game, especially if they are playing it on next-generation consoles like the PlayStation 5 and Xbox Series X|S.

F1 2020, the first next-gen outing for an official video game of the 2021 FIA Formula One World Championship, will feature a brand new story mode, "Braking Point," which according to Digital Spy, will immerse its players to a story-filled rise through the ranks from Formula 2 to Formula 1.

Pick up your helmet, put on your driving gloves and celebrate with #F12021game’s launch trailer: https://t.co/46LQ71qReq pic.twitter.com/uCmXBNQawU

The story mode has three seasons that they can play through while experiencing on and off track moments through its dramatic cutscenes.

Another feature that will be present in F1 2021 is a two-player Cooperative or Competitive Career Mode, which includes contract offers and team switches that players can manage in order to get an advantage over their rivals.

A two-player split screen will make its return to make the game even more enjoyable while playing with your family and friends in the comfort of their couch.

Other features present in the game include the Real-Season Start, a game mode which allows players to the real-world F1 season by jumping into the current standings while driving the remaining races.

Several key elements such as Casual Play, Esports integration, online multiplayer, and the My Team mode, where players can form their own racing team from their engine supplier to driver to pit crew, are also included.

Speaking of the My Team game mode, F1 2021 introduces a unique rating system where each racer in its roster were ranked based on four categories.

These categories, according to Beyond the Flag, includes experience, racecraft, awareness, and pace. Players will consider these four categories on forming their own racing team, especially their drivers.

All while F1 2021 has been enhanced in order to take advantage of the new next-generation hardware, which will showcase faster loading times while providing them options on how they can enjoy the game - Graphics Mode and Performance Mode.

According to Techstory, F1 2021 is set to be released on July 16th for PlayStation 5, Xbox Series X|S, PlayStation 4, Xbox One, and PC through Steam.

According to the Electronic Arts' web page for the game, players can buy either its Standard Edition or the Deluxe Edition.

Players who bought the Deluxe Edition will receive the game itself, a My Team Icons Pack, seven iconic drivers to enhance their My Team game experience, exclusive in-game customization items, "Braking Point"-inspired in-game items, and 18,000 PitCoin virtual currency to spend.

Those who bought the Standard Edition would receive the "Braking Point" content pack along with the game itself, as well as "Braking Point"-inspired in-game items, and 5,000 PitCoins.

According to the PlayStation Store page for the game and SteamDB.com, F1 2021 is sold for $74.99 for the Deluxe Edition and for $59.99 for the Standard Edition, all of which are available through pre-order.