Video Game Streamer Ninja Enters the World of 'RAID Shadow Legends:' How to Play This Character for Free + Release Date 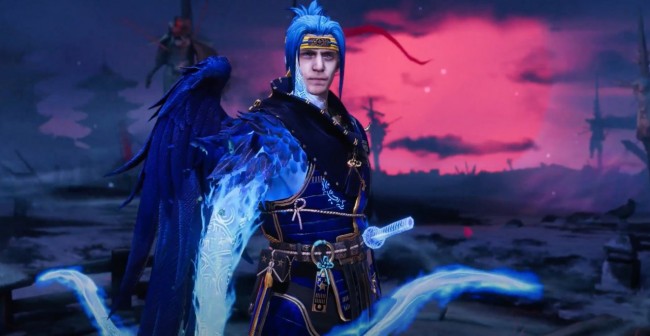 Video game streamer Ninja will turned into a Fantasy RPG character as he will be appearing in "RAID: Shadow Legends" as a playable character
(Photo: Photo from Dexerto's Twitter Page, @Dexerto)

After Fortnite revealed the appearance of LeBron James as their playable skin, RAID: Shadow Legends announced that video game streamer Tyler "Ninja" Blevins will transform into a playable character in the game.

The free-to-play RPG, which released first in smartphones in 2018 then later ported to PC in early 2020 by Plarium Games, became notoriously famous for being promoted by influencers and Youtubers, as well as its "pervasive" online promotional campaigns.

In a press release posted in PRNewsWire.com, the developers of the turn-based fantasy role playing game (RPG) said that they are "thrilled" for having Ninja as part of their game, saying that the character's unique skill set and special attacks will become an incredible asset to the players of the RPG.

Ninja said in the same press release that he is excited to introduce the character to the fans of the game, saying that seeing himself as a fantasy RPG character is "awesome."

His character, according to the streamer, was designed to match how he pictured himself in an RPG, considering that in the past two weeks, according to Dot Esports, he was streaming Final Fantasy X1 Online.

According to Comicbook, the character's design looks similar to the streamer, but cosplaying as a mythical samurai, complete with a bow, katana, and a single blue wing, a reference to Sephiroth, the antagonist of Final Fantasy VIII, which has the moniker, "The One-Winged Angel"

Ninja will reveal the details of the character, including its base stats, skills, and abilities, during a Twitch livestream on July 19th.

Ninja became on hot water on several points of his streaming career. According to NME, he made headlines for his refusal to have collaboration streams with women streamers, as well as using racial slurs while streaming.

Despite of this, however, Plarium Games assured in their press release that Ninja will bring his fans along for the ride as he explores the RPG with the new character across a series of livestreams on Twitch.

Ninja's character will be included in RAID: Shadow Legend's roster of 500+ unique champions across 14 different factions.

How to Obtain Ninja

According to Clutch Points, Ninja's character will be a playable character in RAID: Shadow Legends starting July 16th and will be lasted for three months. Players may attain him for free.

Once attained, Ninja can be played in all of the RPG's game modes, including the single-player campaign, Dungeons, The Arena, Faction Wars, Doom Tower, and Clan versus Clan Tournaments.