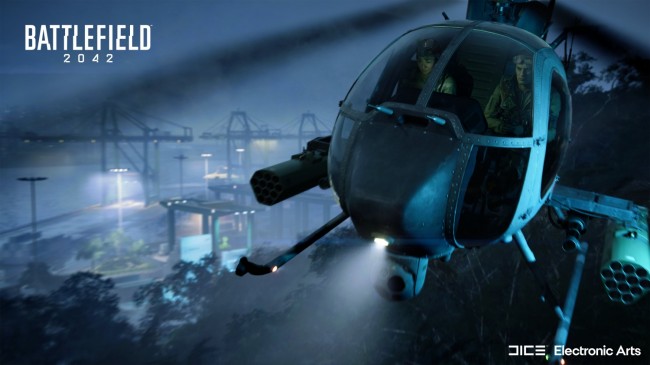 With Battlefield 2042's release this coming October 22nd imminent since its announcement last Electronic Entertainment Expo 2021, fans are now waiting if there will be a beta release for the game, as well as system requirements for those who want to play the game in their PCs.

With its futuristic graphics coupled with the classic first person shooting game (FPS) mechanic that the fans of the Battlefield series would know and love, Battlefield 2024 might be worth the wait, especially since it was released after a series of leaks.

When is the Open Beta

According to PCGamesN, Electronic Arts, the developers of Battlefield 2042, will launch an Open Beta for the game. The date of the open beta launch is not yet announced by the company, but players can access the Open Beta, once announced, if they pre-ordered the game.

#Battlefield2042 the next generation of warfare is coming October 22, with a cutting-edge arsenal and a never-before-seen theatre of war.
Pre-order to get early access to open beta https://t.co/sirzQTcGgD pic.twitter.com/SmPiHzcKZR

There will also be an Alpha test set to happen this July and it is only open to the veterans of the Battlefield series.

These participants will be under a strict no disclosure agreement to prevent any leaks regarding the game and its core gameplay from happening, and the test itself will take place in a close setting in an undisclosed location.

As for the game's price, according to Trusted Reviews, the Battlefield 2041 Standard Edition will be sold at around $59.99 for the Xbox One version, $49.99 for the PC version, and $69.99 for both the Xbox Series X|S version and the PlayStation 5 version.

Speaking of PC, players who wanted to play Battlefield 2042 on their PC need to consider these system requirements, according to Republic World - it needs a Core i5 6600K or an AMD FX-8350 CPU, an 8 GB RAM, and a 64-bit Windows 7, Windows 8.1 or Windows 10 Operating System.

Two Battlefield staple game modes, Conquest and Breakthrough, will return in Battlefield 2042, according to PCGamesN. Conquest will support up to 128 players on PC and will include bigger maps that will take take advantage of the higher player count.

In the Battlefield 2042's version of Conquest, instead of individual Control Points, the action will be split up across multiple sectors where flags were placed in each of these locations.

Breakthrough, on the other hand, remains unchanged, including its core gameplay - two teams of five, with each team serve as either the attackers or the defenders, will fight over portions of the map.

"Hazard Zone," Battlefield 2042's newest game mode, will "combine edge-of-your-seat gameplay with the best of the Battlefield sandbox," but Electronic Arts cleared that this is not the game's battle royale mode as they do not have plans to add the famous shooting game sub-genre to Battlefield 2022.

The last game mode is set to be announced during the EA Play Live, which will be happening on the July 22nd. This mode, according to the developers, will be the "love letter" to the fans of the shooting game franchise.

TAG Battlefield 2042
© 2020 Game & Guide All rights reserved. Do not reproduce without permission.