'Battlefield 2042' Open Beta Pre-Order Guide: How to Pre-Order, What Bonuses Players Would Receive 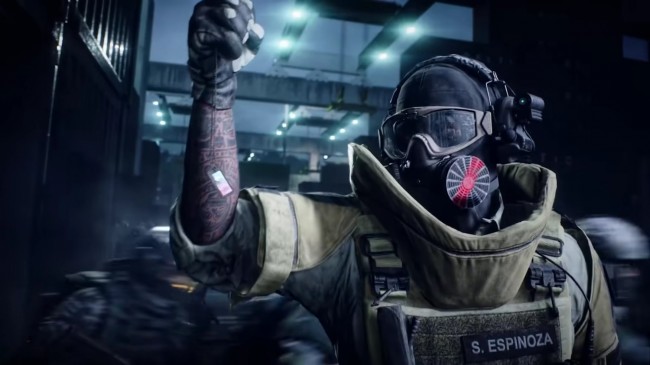 A screenshot from the trailer of "Battlefield 2042," which will be released in October 22nd.
(Photo: Screenshot from GameClips' "BATTLEFIELD 6 Trailer BF 2042 NEW (2021) 4K ULTRA HD Action")

The long wait for the new installment for the Battlefield series is over as Electronic Arts (EA) and its subsidiary, DICE, revealed the release date for Battlefield 2042. To add up the anticipation for the incoming Battlefield game, they also opened the pre-order for the said game.

Battlefield 2042 was officially revealed during a countdown livestream last June 9. It was later followed by the release of its launch trailer, which gave its players and fans a first look on its story and gameplay.

Set in a near-future amidst a worldwide ecological disaster, Battlefield 2042, according to IGN, will feature a 128-player multiplayer matches on PC and several consoles for its "All-out Warfare" mode, while Playstation 4 and Xbox One will remain at 64 players.

According to Republicworld.com, the game is also cross-play compatible so PC players and console players can play together.

On the other hand, Battlefield 2042 will not be going to the Battle Royale route or not having a campaign mode, and instead focusing more on the multiplayer more.

You can learn more about its gameplay on their Gameplay Reveal this coming June 13th.

How to Pre-Order? What are the Bonuses?

Battlefield 2042 is set to be released on October 22nd. While waiting for its full release, EA opens the pre-order for the game's Standard Edition, Gold Edition, and Ultimate Edition.

Those who bought the Ultimate Edition will have an early treat as they will have Early Access for both to the Game Launch and to the Open Beta.

They will also get the Midnight Ultimate Bundle, the game's Official Digital Artbook, and the Exclusive Battlefield 2042 Digital Soundtrack.

Those who pre-ordered the Gold Edition will also have the same perks and bonuses like the Ultimate Edition, minus the Midnight Ultimate Bundle, the game's Official Digital Artbook, and the Exclusive Battlefield 2042 Digital Soundtrack.

Both Ultimate Edition and the Gold Edition will experience the game first hand on October 15th, seven days before the game's formal launch, thanks to the Early Access.

Those who availed the Standard Edition will only have the Early Access to the game's Open Beta, the Baku ACB-90 Epic Melee Takedown Knife, a "Mr. Chompy" Epic Weapon Charm, a "Landfall" Player Card Background, and an "Old Guard" Tag.