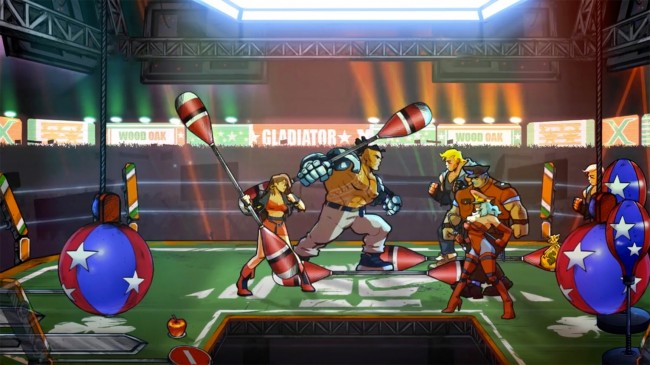 It's time to get back to the streets and beat some thugs with the Streets of Rage 4 as the game will receive its "Mr. X Nightmare" downloadable content (DLC) pack.

The said DLC pack will contain new characters that will add up to the roster of this beat-'em-up classic's modern sequel, as well as a new mode that will make its players to not let go of their controllers.

What is Inside the Mr. X Nightmare DLC

Iconic beat 'em up #StreetsofRage4 is back with an awesome Anniversary Edition, including Mr X Nightmare DLC & a jam-packed survival mode.

Shack News first reported the appearance of the new character to the series, Estel Aguirre, who is a Special Forces officer.

Along with her are two returning characters from the Streets of Rage franchise in the form of Shiva, a former rival of Axel Stone, and Max Thunder, a friend of Axel. Both Shiva and Max first appeared in Streets of Rage 2 as the penultimate boss and as one of the playable characters respectively.

Aside from the three new characters, Mr. X Nightmare will bring a new game mode -- Survival Mode. According to PC Gamer, this game mode will send an endless wave of tough foes, with the difficulty of defeating them increases as the said mode goes by.

The Survival Mode has options for players to choose from - Random, which keeps the players fight unpredictable foes through generated runs, and Weekly, which will be a series of static gauntlets that will be generated each week.

Once players accomplish a Survival Mode wave, a character will unlock and earn stackable perks and new moves that they can use during its progression. The unlocked new moves will also be usable in other game modes.

Aside from the moves, Survival Mode will unlock new weapons and other bonuses, while online leaderboards for both Random and Weekly will be seen.

Other add-ons that will be included in the DLC are new enemy sprites, weapons, and a character customization feature.

Along with the DLC, Streets of Rage 4 will receive a patch update that will fix several issues within the game.

Cherry Hunter will also receive several tweaks from the said patch, affecting her flying punch, special forward, attack damage, back throw, and among others, while Floyd Iraia's attacks will have its nerfs and buffs, including his x3 infinite attack, the life cost for the neutral special, and his grab move.

Blaze Fielding will receive speed reductions for his juggles, as well as adjustments for its back attack and an additional Jump cancel for its kick combo. Adam Hunter will have a fixed infinite loop and an additional property for his neutral special.

Other general chances coming from the patch update including improvements for the game's Online feature, availability of new online stats display option, and other bug and random crash fixes

The Mr. X Nightmare DLC pack for Streets of Rage 4 is set to release digitally this July 15th, but players who wants to have the complete package, both the game itself and the DLC pack, in a physical form can buy the Streets of Rage 4 Anniversary Edition.

The said edition will be in its physical versions and will be available for the PlayStation 4 and the Nintendo Switch. According to Nintendo Life, Streets of Rage 4 Anniversary Edition will be released on September 24th. As for its price, there are no announcements made as of this writing.

TAG Streets of Rage 4
© 2020 Game & Guide All rights reserved. Do not reproduce without permission.