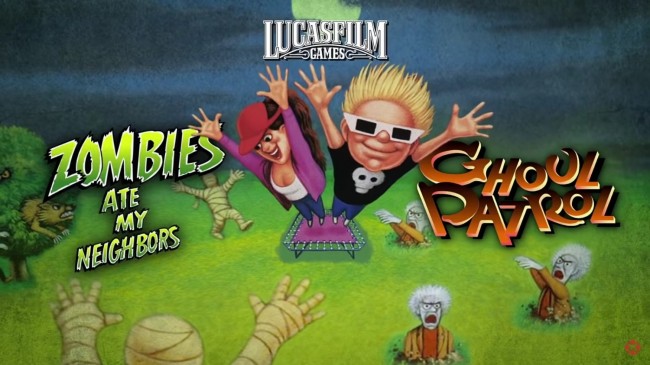 Limited Run Games announced several games that will be released both physically and digitally during their showcase in the Electronic Entertainment Expo (E3) 2021. Not only that, they also reveal that two of these games will have a bundle that players would love to have.

According to Nintendo Wire, the game publisher revealed that Zombies Ate My Neighbors and Ghoul Patrol will receive not just their physical Nintendo Switch cart, but also other goodies, including art posters and physical copies of their soundtrack.

Both released in 1993 and 1994 respectfully in North America for Nintendo's Super Nintendo Entertainment System (SNES), both Zombies Ate My Neighbors and Ghoul Patrol will be released in both the Nintendo Switch and the PlayStation 4 as a package.

Zombies! Zombies everywhere! The cult classic series Zombies Ate My Neighbors & Ghoul Patrol are BACK with physical releases on PS4, Switch, SEGA Genesis, and SNES via https://t.co/5Lksol4sqo this Friday.

READ ALSO: 'Atari VCS' Official Release: Where to Buy this Modern Retake of a Classic

Aside from the physical copies, the bundle will also have a manual with an in-built 3D Gallery, a pair of 3D Glasses, a 3D SteelBook, an Official CD soundtrack collection, and a watergun (a full sized functional one for the PS4 Edition, and a replica for the Nintendo Switch Edition).

It also has reversible 18" x 24" posters and 10 retro monster cards. These goodies will be packaged in a Premium Collector's Box with a spinning hypno disk.

According to Nintendo Enthusiast, they can also preorder either of the two games for their physical copies for Genesis or SNES.

They can get Zombies Ate my Neighbors in both Sega Genesis and SNES consoles once they preorder their respective Premium Editions. Aside from the cartridges, those who avail the preorder will also receive the same goodies as that of those from the Collector's Edition Bundle except there will be changes.

Instead of the waterguns, those who preordered will receive an enamel pin, a commemorative metal coin, art cards, and their respective cases (an authentic clamshell case with a cover sheet for the Genesis Edition and an authentic retro game box for the SNES Edition). All of these will be packaged in a deluxe premium box.

Those who will be availing the Premium Edition of Ghoul Patrol will have the same goodies as that of those from Zombies Ate My Neighbors with the same price.

Much like the Collector's Edition, the Premium Edition and the Classic Edition of the said games will be available for pre-order for a limited time from June 18th at 10:00 AM Eastern Time until July 18th at 11:59 PM Eastern Time. They can pre-order said editions through their website.

According to Nintendo Life, aside from Zombies Ate My Neighbors and Ghoul Patrol, other titles and compilations that was revealed by Limited Run Games that are available for pre-order are BloodRayne Betrayal: Fresh Bites, The Contra Anniversary Collection, Castlevania Requiem Bundle, River City Girls 2, and River City Girls Zero.

They capped the showcase off with the announcement that they will be releasing the infamous Panasonic 3DO interactive "choose your adventure" game, Plumbers Don't Wear Ties, which will be released on next-gen consoles like the PlayStation 4 and PlayStation 5 as well as in PC.

READ ALSO: Every Household Should Have More Than One Nintendo Switch, Says Nintendo