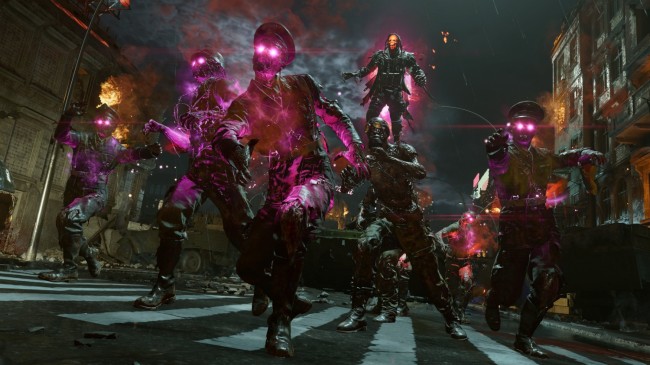 The Season 4 Reload for Call of duty: Black Ops Cold War bring in the zombies as well as a new map in the form of Mauer der Toten, which can evoke the memories of the Kino der Toten map for those who played the original Call of Duty: Black Ops.

Mauer der Toten also brings forth new content that Call of Duty players needs to see and experience. This includes a new weapon and a machine that can supplement it.

How to Get the CRBR-S Wonder Weapon

The CRBR-S Wonder Weapon can be a good weapon eradicating the zombies in the map as it was an energy-based pistol with an orbiting repeater that can fire an extra shot.

It's always nice to have a friend 🤖

Drop in to #MauerDerToten and Season Four Reloaded live now in #BlackOpsColdWar and #Warzone. pic.twitter.com/2H5pPjirG8

According to Gamespot, players will have few ways to obtain this wonder weapon. One of which is with the Trials feature. They need to locate and activate the Trials computer terminal on the map. Keep activating, as well as completing the trials, and they will reach the "legendary" rarity.

READ ALSO: 'COD: Warzone' Gulag Glitch: How to Do and Get Into It, Location + How Does it Works

Depending on the RNG, they might end up getting a different high-end gun or even a perk, but this might be a more favorable approach than opening a Mystery Box. If they have a full team of four and everyone attempted these trials, the chance of getting the CRBR-S Wonder Weapon would get higher.

Another way to get the weapon is to complete a quest. In order for them to start the quest, they need to look for batteries and parts that will activate a robot named Klaus.

Once it is activated, they need to guide it towards the nearby Switch Control Room. From there, they will find a locker with the number 0 above it. They need to use their remote Tactical Equipment to target the locker. Klaus then will open it. Once the locker is opened, they need to grab the Blacklight flashlight item that is inside.

Next, they need to go to the Garment Factory. Turn the Blacklight flashlight on, and shine it around the area to discover hidden numbers that are written in walls. There were completely random, so they need to write them down once they found them.

Next, they need to take the Blacklight flashlight to the Grocery Store where you look for the final set of numbers.

Once they got the numbers, they need to head towards the Hotel Room 305 where there is a safe inside. They can enter the numbers as a combination, particularly in a specific order of when they retrieved it. Once the safe is unlocked, they can get the wonder weapon.

How to Activate the Pack-a-Punch Machine

Another helpful element in the Mauer der Toten map is the "Pack-a-Punch" machine. According to Sportskeeda, this machine is a vital asset in mowing down the zombies in the map. With the Pack-a-Punch machine, damages from weapons will be increased, as well as their magazine size.

In order to spot said machine, according to Charlie Intel, players need to go towards a blocked off area on the map's main street, directly left of where you spawned to enter the map.

Players cannot access it until they will turn on the power, which they can do so by following the arrows down towards the subway. Once they found the power switch, they will need to pull it, then a task will be given for them where they will search for them.

In order to do so, they need to follow the markers until they confronted the Tempests, where they will need to defeat them, then pick the electrical fuses that the Tempests dropped. Once they got them, they will insert the fuses beside the switch.

Once they finished the said task, they will not have a hard time to find the machine. They just need to follow the marker through the tunnels until they saw a zipline. Take the zipline, and the Pack-a-Punch machine will directly to their right.