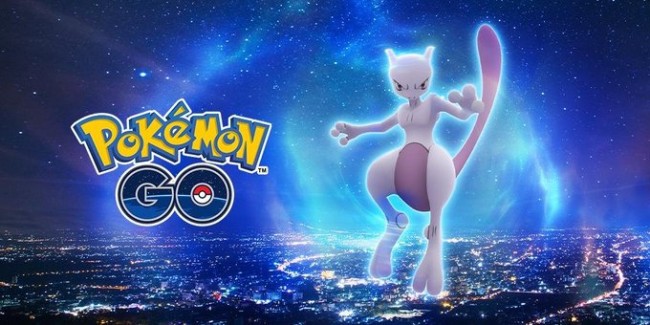 The Legendary Psychic-type humanoid Pokemon, Mewtwo, returns to the realm of Pokemon GO days before the biggest in-game event, the Pokemon GO Fest 2021, where every single Legendary Pokemon that has stepped foot inside of the game returns as part of Special Event-exclusive Raids.

Trainers will now have a chance to battle and catch this Pokemon for themselves right before the event itself, and with so much changing around Pokemon GO since its last appearance, they are now updating the counters of their own Pokemon team.

One of the strongest Pokemon existed in the world of Pokemon GO, Mewtwo, according to InvenGlobal.com, has a max CP of 4,178 once it hits Level 40 and 4,724 at Level 50, a third highest among all Pokemon in the game. It also has 300 Base Attack, and a strong moveset.

It has the Psycho Cut and the Confusion Quick Moves, while it has a range of powerful Main Move, especially its Shadow Ball, Focus Blast, and Hyper Beam.

However, Mewtwo, like other Pokemon, has its own weakness. According to the chart made by Eurogamer, Psychic-type, including Mewtwo, is weak against Steel, Dark, and fellow Psychic-type, and vulnerable against Bug, Ghost, and Dark-types.

With this fact in mind, Trainers should consider these considerable options for their Pokemon team, according to Pokemon GO Info - Gengar, Chandelure, and Giratina (Origin) can be good additions to their team with their Shadow Ball main moves, as well as being Ghost-types.

Darkrai, Weavile, Absol, Hydreigon, and Houndoom can also be a good part of the team due to the same reasons, being Dark-types. The same thing would have said for picking Volcarina, Genesect, Pinsir, and Scizor as they are Insect-types.

According to Attack of the Fanboy, Trainers might also go with adding a Mega Evolution of a Pokemon in their own team, choosing either Mega Gengar with Shadow Claw and Shadow Ball, Mega Houndoom with Snarl and Foul Play, or Mega Gyarados with Bite and Crunch.

In terms of beating Mewtwo, the best way to do this if a Trainer has a solid team of three players, itself included, with top level counters and "Best Friend" bonuses. Another recommendation is a team of 5 to 6 trainer as the rewards will increase if they end the Raid Battle quickly.

Mewtwo will be staying as part of the 5-star Raids in Pokemon GO until July 23rd at 10:00 Local Time.

Mewtwo is one of those best Pokemon choices to deploy during the Master League, as it was revealed by PVPoke.com. In fact, the Psychic-type Pokemon is ranked seventh. According to Dual Shockers, it can beat top Pokemon including Dialga, Togekiss, and Groudon, as well as being a worthy addition to any team.

As mentioned, Mewtwo has a massive attack stat and a great moveset. Giving these facts alone, the aforementioned Pokemon is a monster in Pokemon GO's PvE

Trainers can also take paths for their own Mewtwo depending on what movesets they could put into the Pokemon.