Epic Games Store Reveals Free Games: How to Get Your Copies of 'Defense Grid: The Awakening' and 'Verdun' 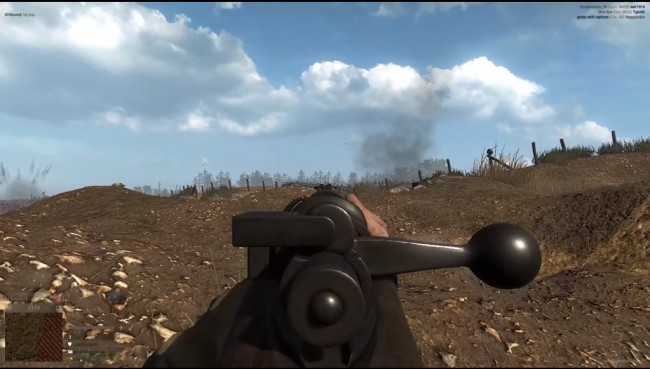 "Verdun," the realistic World War I-based shooting game, is one of the two games that will be up for grabs for free in the Epic Games Store from July 22 to July 29.
(Photo: Screenshot fromLevelCapGaming's "Verdun - The Most Realistic WWI Game")

The Epic Game Store revealed the next set of games that will up for grabs for free for seven days. The games that will be added in the digital video game marketplace for free includes the tower defence game "Defense Grid: The Awakening," and the first-person shooting game "Verdun."

These games will replace the previous ones, the economic real-time strategy (RTS) game "Offworld Trading Company" and the Sci-fi adventure game "Obduction," all of which are offered in the Epic Games Store also for free.

Bolster your Defenses with "Defense Grid: The Awakening"

Released in 2008 for the Windows PC, in 2009 for the Xbox 360, and in 2010 for the macOS X by Hidden Path Entertainment, "Defense Grid: The Awakening" is a tower defense game where players must defend their own military bases against a wave of attacking aliens by strategically positioning tower-based weaponry.

Obduction and Offworld Trading Company are free on Epic Games Store. Defense Grid: The Awakening and Verdun are the next free titles https://t.co/0xGyqjMcJh pic.twitter.com/vVtPSQf6g2

Players need to defend the power cores, which are located inside the power station of those bases, from said attacking aliens, using ten different tower types. Tower construction is limited to specific platforms, while towers that were built cannot be destroyed by enemies.

According to Game Rant, the game itself not just revolves around the activation of those towers, but also repairing various parts of a planet's failing defense grid using sparse resources.

The key object for this game is strategy, especially in placing the towers as each of them has unique trade-offs that will affect their ideal placement, which includes line-of-sight, area of effect damage, and range values.

Killing the enemies will earn players resources, which can be used to build and upgrade more towers, which can be sold if they want to have more resources needed or to alter pathways.

Enter the Battlefield with "Verdun"

Released in 2015 for PCs and Macs, in 2016 for the PlayStation 4, and in 2017 for the Xbox One by M2H and Blackmill Games, "Verdun" is a squad-based multiplayer first-person shooting game (FPS) that is set during the events of World War I.

According to NME, the game will drag its players into the merciless trench warfare and intense battles of attack and defense, while Techspot describes the game as a history buff's idea of a game about the Great War.

Inspired by the 1916 Battle of Verdun in France, the includes historically accurate items, including weapons, uniforms, other equipment, and maps, as well as detailed injury and gore modeling.

The game can be played up to 64 players, with 32 on each side, that can be grouped into squads of 4, each with a unique role. These squads can level up by helping the team, including killing enemies or capturing sectors.

The squad leaders, which are called NCOs, can also call in support such as artillery barrages, smoke screens, and mortar shells.

According to NME, these games will be available in the Epic Games Store from July 22nd to July 29th.