'Tom Clancy's XDefiant' Guide: Is it Free-to-Play, Can it Do Cross-Play, Closed Test Date + MORE 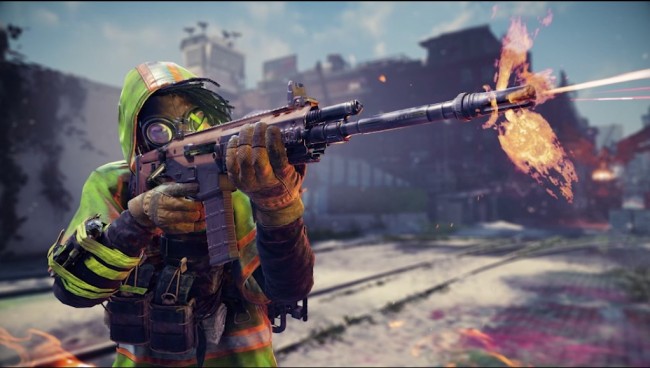 Ubisoft has announced the latest entry of their series of Tom Clancy-based shooting video game in the form of "Tom Clancy's XDefiant."

This multiplayer online shooter will take all of the villains from the games within the Clancyverse and make them face against each other in a team battle.

Time to be Defiant

XDefiant, described by Kotaku as a game that has fast-paced gun fights mixed with elements of punk rock, is an online multiplayer first-person shooter (FPS) that will pit the aforementioned villains, or in-game, they are called Defiants, against each other in six player-versus-six player team battles.

Welcome to the party!

Visit https://t.co/nvT05LZSEE to watch the full reveal and register for a chance to play early!

These Defiants belong to classes or "factions," all of which are inspire by the Clancy games. According to Slash Gear, the Wolves, which inspired from Ghost Recon, will serve as the heavy damage-dealing tanks, while the Echelon from Splinter Cell will act as support, and the Outcasts from The Division are the healers/medic.

Not only they are choosing characters from the said factions, players can also customize their Defiant's loadout, including its primary and secondary weapons, as well as its attachments and device.

According to Yahoo, players can also modify their setup when they respawn to help them adjust to what is happening in a match.

The game itself will not striding in to the trending battle royale genre and stick to the old-school traditional FPS, with clear echoes of Overwatch and Valorant.

Tom Clancy's XDefiant will be released for PlayStation 4, PlayStation 5, Xbox One, and Xbox Series X|S, as well as for PCs and cloud gaming services such as the Amazon Luna and Google Stadia.

According to Gamepur, the game itself will allow full Cross-play capabilities, something that becomes a prerequisite for several games in recent years, including competitive shooting games, as it can able to merge player populations across gaming platforms allowing faster matchmaking and more consistent gameplay experience.

Aside from that, Tom Clacy's XDefiant will have its Closed Beta Test which will be opened for players on August 5th.

As for its release date, Inverse.com said the game's announcement did not include any details regarding its release aside from the date for the Closed Beta Test. From the last couple of years, Ubisoft delayed the releases of their major video game titles multiple times after it was revealed.

How to Register for the Closed Beta Test

As mentioned earlier, Tom Clancy's XDefiant will hold its Closed Beta Test on August 5th. According to Inverse.com, this is made to hear from players their feedback regarding their guns, maps, and game modes.

The said Closed Beta Test will only open for those who are residing in the United States and Canada and owns a PC.

In order for them to register themselves for the said Closed Beta Test, players must go to the game's website, then they need to choose "PC" as their preferred platform, then click "Register." They need to sign in to their Ubisoft account. Afterwards, they need to answer several questions.

Once they finished these steps, they will be signed up and have the opportunity to gain access to the game's Closed Beta Test.