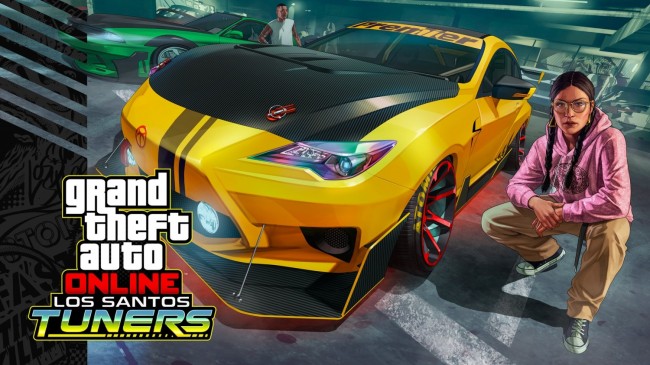 It is time to get fast and furious as Grand Theft Auto Online will receive its newest "Los Santos Tuners" update, which will be released this coming July 20th.

The said update will pull its players to the underground tuner scene, giving the game new car-related content that will make them burn rubber, while sharing their four-wheeled creations with others in an in-game social space.

According to Charlie Intel, the latest update will bring a total of 17 new cars to Grand Theft Auto Online for players to own, with ten of them was revealed in a blog post made by Rockstar Games, the developers of the said game.

Featuring the LS Car Meet, where you can race, show off customized vehicles, and link up with contacts looking for skilled drivers and a chance at easy money.https://t.co/jXJPVow1he pic.twitter.com/AX5Cc6btfu

According to the said blog, players will have the opportunity to have their very own Karin Calico GTF, a Karin Futo GTX, an Annis Euros, a Vapid Dominator GTT, an Annis ZR350, a Dinka RT3000, a Vulcar Warrener HKR, an Obey Tailgater S, a Dinka Jester RR, and an Annis Remus.

The other seven will be released at later dates, but there are no further information were announced regarding those cars.

Another significant addition that will take place during the Los Santos Tuners Update is the LS Car Meet. According to PC Gamer, the new social space for Grand Theft Auto Online is located in an old warehouse in Cypress Flats.

The said spot will let the players to join up with others to check out the vehicles they have collected and customized. In order to become part of the LS Car Meet, players must pay at least 50,000 GTA Dollars (GTA$). The said membership can also give them even more privileges.

LS Car Meet also have a test track for them to test out their vehicles, as well as various other challenges and features, all of which they can unlock using the Reputation System that can be gained during level progression.

A car-based update like the Los Santos Tuners will not be completed without new racing game modes. According to IGN, the Prize Ride Challenges, one of the new racing modes, will let players to complete for Prize Ride, as well as accessing to special shops including Merch Shop, Tattoo Shop, and Modding Area.

Additional new racing modes includes the Street Race Series, where it will let them compete in street races against other racers, the Pursuit Series, where all checkpoints are placed sparsely throughout the map, and Sprint, where it offers a "point-to-point" challenges in Free mode with up to three races in a race from the Car Meet.

Other additional races added included that were revealed in the game's blog post are the Head-to-Head, where speed and precision will give the necessary advantage in the race, the Scramble where up to four racers will collect 20 checkpoints, and the Time Trials.