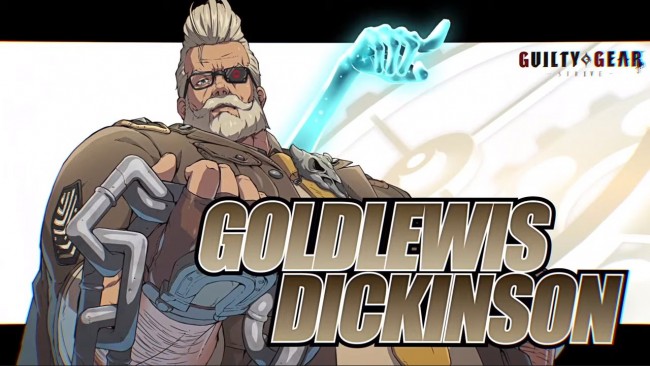 After its launch over a month ago, Guilty Gear Strive will receive its first downloadable content (DLC) character for their Season Pass 1 in the form of Goldlewis Dickinson.

The big bodied coffin-carrying military officer from America will be one of the five characters that will be offered from the said Season Pass, all of which will be revealed in future dates.

Debuted as a support character, Dickinson was first seen in the Theatrical Story Mode of Guilty Gear Strive serving as the secretary of defense for the in-game version of the United States of America, under the cabinet of its current president, Colin Vernon, who appointed Dickinson as his right-hand man.

He will be coming out on July 27th for DLC Season Pass Owners with July 30th for everybody else. pic.twitter.com/9xPWbLqbeh

In the game's Story Mode, Dickinson witnessed how Happy Chaos, the game's antagonist, held the world leaders in the G4 Summit hostage, including President Vernon. He also led a special action force in raiding the White House to neutralize Happy Chaos and his brainwashed minions.

Also, according to Gamespot, Dickinson also appeared earlier in the background of the Neo New York Stage in Guilty Gear Xrd.

In-game, Dickinson wields a big coffin-like briefcase with an iron chain connected in it. The said case have labels installed in front it, with words such "AREA 51 UNITED STATES" and "WARNING Extra-Terrestrial DO NOT ENTER!" in them.

In the reveal trailer for the character, a bluish lanky hand was seen to appear in the case once it is open for attacks. Aside from the hand, Dickinson also attacks his opponents using the said case, a minigun, a spiked drone, and his cybernetic that can callout lasers from above.

According to Sportskeeda, Dickinson is a fan-favorite because he is a walking amalgamation of weirdest stereotypes of American law enforcement as well as conspiracy theories surrounding the country's secret military projects regarding the extra-terrestrial beings.

He is also a fantastic addition to the roster, being the second grappler in the game in which players can invest to aside from Potemkin. This is because of his heavy-hitting attacks despite of him being a slow.

Season Pass 1 Price, Where to Buy

Goldlewis Dickinson is one of the five characters that will be featured in Guilty Gear Strive's Season Pass 1. Initially, the said season pass was part of two packages for the game. According to Gamespot, the said pass will include two new stages, additional color palettes, and the bonus story mode.

Players can still buy the Deluxe Edition and the Ultimate Edition, both of which have the Season Pass 1, for $84.99 and $99.99 respectfully. They can also bought the Season Pass 1 individually through Steam for $14.49.