'Fortnite' Chapter 2 Season 7 Week 7 Legendary Quests Guide: How to Accomplish Them ALL Fast 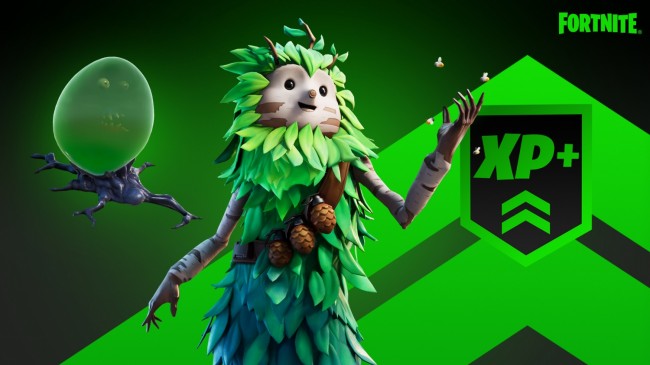 Another week, another set of Legendary Quests in Fortnite's Chapter 2 - Season 7 for players who want to complete and snag its rewards, which is mostly a large hefty amount of XP.

This Week 7's set of Legendary Quests will focus on being warm and toasty while taking care of a possible offspring from the alien invaders as the said quests will make them construct a hatchery, mark an Alien Egg, collect several records, stoke some campfires, and collect a parenting book.

In order to commence with this quest, you must first collect Wood. Wood is an abundant resource in Fortnite, which usually used for constructing house-like bunkers and ladder-like slopes.

These are the #Fortnite Week 7 Legendary Quests that release in 2 hours from now!

This week we're helping Bushranger raise an egg at hatcheries and helping to raise it!

Working on the challenge guide for them to release later 🗺👀 pic.twitter.com/vH5lDb8hvq

In order to have your supply of wood, you need to harvest it from wooden structures and objects, including fences, boxes, wood pallets, certain walls of houses, and certain furniture. You can also get wood in trees, cacti, and bushes.

READ ALSO: Fortnite Patch 17.20 Update Guide: When Will the Servers be Down, What Additional Content Players Would Get

Once you got your large amount of wood, you will proceed for the first Legendary Quest for Week 7, which you will build a wooden hatchery in specific locations within the map by consuming 50 pieces of Wood.

According to Eurogamer, there are three locations for you to go, but the said Legendary Quest requires you to pick only one of them to build the said hatchery from. These locations are in Catty Corner, in Slurpy Swamp, and in Craggy Cliffs.

In order to go to the first location, which is in the Catty Corner according to Inverse, you must first land to the woods east of the said location. After that, you will see a cabin with a campfire nearby. Go inside the said cabin, then you will see an outline of a structure. Interact to it, then build the said structure.

The second location is in the south of Slurpy Swamp, where you will see another wooden shack with a hatchery inside. Like the first one, interact to it first before you build the hatchery.

The last location is in the northwest of Craggy Cliffs, where you will see another wooden shack that is similar to the first two. Go inside the said shack, then when you see the structure's outline, interact to it, then build it.

The second Legendary Quest for Week 7 requires you to mark an Alien Egg. According to Forbes, these eggs can be found all over the map, hence it will be quite easy to locate knowing that it is scattered throughout the map.

GamesRadar.com provided two of these locations. First, head towards the Holly Hatchery, where you will one of those eggs that is outside of the central alien shielded building.

The others are in Hydro 16, with one of them being inside of the main building hanging from the overhead walkways. Once you located one of those eggs, mark it.

The third Legendary Quest requires you to collect several records. These records can be seen in two locations, each has four spots. The first one, according to Charlie Intel, was in Pleasant Park.

The second set of locations for those records is the Craggy Cliffs. It has two spots that you need to go and locate said records - In the wooden house east on the west end of the location; And in its eastern boathouse, behind one of the boats.

The fourth Legendary Quest will make you stoke campfire new different hatcheries within the map. The said Legendary Quest has the same locations as the first one, but unlike the latter, the former needs for you to locate two of them.

Much like the first Legendary Quest, you need to drop to those wooden shacks located in these three locations - To the woods east of Catty Corner, in the south of Slurpy Swamp, and in the northwest of Craggy Cliffs.

According to RealSport101.com, you need have at least 30 pieces of Wood in order to stoke the campfire in front of those wood shacks.

The last of the five Legendary Quest requires you to collect the parenting books in these two locations, Holly Hatchery and Retail Row.

According to PCGamesN, there are four parenting books in both Holly Hatchery and Retail Row. In Holly Hatchery, first you need to go to the east green house, then go towards the ground floor near the bookcase.

Next, you need to go to the three other locations - In the ground floor near the bookcase with the garden gnome on it in the grey brick house in the center not covered in Nanite; In the garage next to the fridge at the northeast brown house; And in the middle of the floor next to a bookcase in the northwest yellow house.

The quest needs to collect two sets of these parenting books to complete the Legendary Quest.