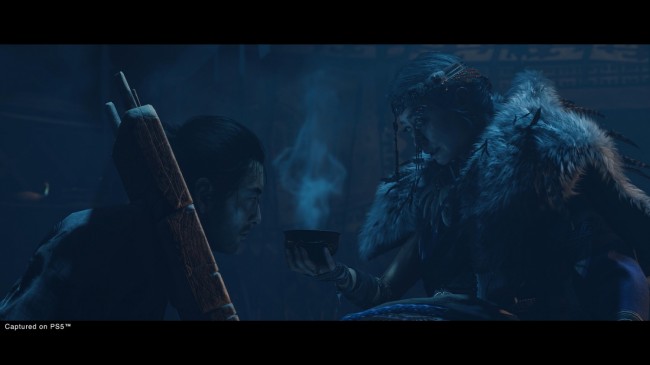 Time to dive deep and face the demons of the yesteryears while fighting to protect others in the present as Sucker Punch announces the expansion for their Ghost of Tsushima Director's Cut.

In the said expansion, players will venture into a new territory while uncovering new story elements in the game that will reveal the protagonist's past.

In the said game expansion, players will return as Jin Sakai, only this time he will set foot on the Iki Island. Before he ventured on this island, he discovered that a mysterious Mongol tribe had gained a foothold on the island. They are led by a revered shaman named Ankhsar Khatun.

On Iki Island, Jin will find haunting memories and a new threat that forces him to confront his past.

Visit the PlayStation Blog to see our full trailer, and learn more about the adventures that await in #GhostOfTsushima Director's Cut on August 20: https://t.co/UsJggv9eIe pic.twitter.com/Uy9L5E8QlP

According to Polygon, from the looks of her name, Ankhsar is a Mongolian conqueror, a khatun, which is the female counterpart of khan. Not only that she conquered lands, she also a "shepherd of souls" due to being a shaman and a spiritual leader for her people.

Ankhsar and her people will bring in danger towards Jin and his people, and it is up for the samurai to eradicate said danger by going to the island, which is the place that he did not want to visit in the past.

A new and dangerous enemy lurks within, as well as old fears and deeply buried traumas that connected to the dark past of the Sakai Clan will slowly surface once Jin ventures on to the island.

According to Sucker Punch's post in PlayStation Blog, the Iki Island provides a stark contrast to Tsushima, due to its similar elements, including raiders and criminals. But with the threat coming from Ankhsar and her Mongol horde, Jin will have no choice but to ally himself with these lawless elements.

The island itself, according to Screen Rant through a Reddit subpost from a suppost playtester for the Expansion Pack, is locate off the coast of Tsushima itself and it is roughly the size of the lower portion of the mainland. The new location also houses wildlife including leopards, squirrels, and monkeys.

What's Inside the Expansion Set

In the same Reddit subpost, the playtester also revealed that there will be roughly 15 to 20 hours of gameplay in the Iki Island Expansion Set. The subpost also tells that new heavy armor sets will be available in the game, as well as a medium grade one with both bow and melee perks.

Also, a new light grade armor will be added, which was described having a hood that is reminiscent to the old ninja shows and movies. This armor said to provide stealth and bow damage, as well as a 25% faster attack speed boost to Jin when he used a bow or a katana.

A new fighting stance will also be seen in the Expansion Set, which will focus on high sidekicks, spinning head kicks, and jumping helicopter kicks. These kicks can be mixed with katana attacks. Somersaults and backward flips will also be used for side and back stepping purposes.

Other elements included are new upgrades for katanas and bows, torches for cave missions, new horse armors that can be colored, new charms that can even affect how Jin looks, new shrines, new flute tunes, and finally, for visuals, rainbows will appear in game.

How to Avail the Expansion Pack

The Iki Island Story Expansion Set will be available as part of Ghost of Tsushima Director's Cut, which will be launched on August 20th.