'LoL' Akshan Gets Hotfix After Low Win Rate: What Changes in Abilities Developers Made 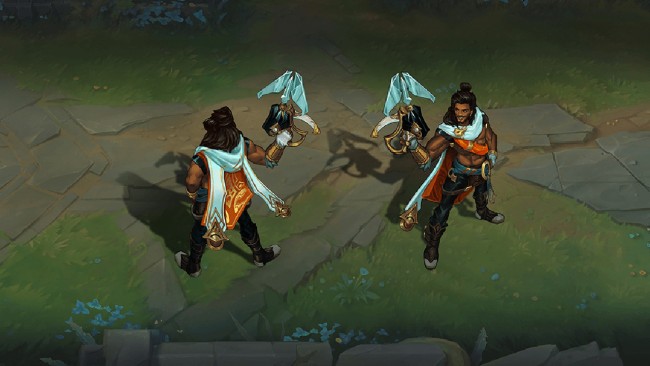 After being released in the game two days ago as part of its Version 11.15 Update, Akshan, the newest Champion to be added in the League of Legends roster, have earned a hotfix. This is after the Champion received a disappointing win rate after its release.

Before this, several Champions of the online multiplayer battle arena (MOBA) game have been mostly nerfed, or getting their stats and abilities downed to a certain number, either just to make it fit to the current meta game or due to the fact that it was a broken character.

In order to understand the hotfix for Akshan, it is best to look first what Riot Games, the developers of League of Legends, have intended for the said Champion.

We're aiming for a ~2-2.5% buff here. He's currently at 34% and we do expect him to grow a fair amount, but are confident he needed a little help.

According to Alt Char, Akshan is a mid-lane Marksman/Assassin, capable of being aggressive during the early game by means of roaming and skirmishing.

His supposed strengths includes being a strategic flanker that can use the stealth and mobility of his grappling hook, can do long-range kill pressure with its ultimate, has unique utility by reviving slain allies, has a high self-sufficiency due to its shield, and can dish out strong burst damage.

His Dirty Fighting Innate Ability can make Akshan fire an additional that deal 50% AD physical damage whenever he uses a basic attack, increased to 100% AD when attacking against minions.

His Q Attack, Avengerang, can inflict physical damage to the enemies that will be hit in the attack's line, while revealing them in the fog of wear and brushes for 1 second, as well as briefing granting sight of the area along its path. If it hits an enemy champion, the Champion gains 40% bonus movement speed.

His W Attack, Going Roque, will make Akshan enter camouflage which will last indefinitely while he is near terrain or inside a brush, and for 2 seconds otherwise. It also has a passive ability where enemy Champions that are alive and kill any allied Champions are marked as Scoundrels for 60 seconds.

Additionally, dead allied Champions who were slain by those Scoundrels are revived at their summoning platform after 1 second.

His E Attack, Heroic Swing, can be casted for three times before the ability goes on cooldown, can cast for a third time only after 0.5 seconds of the second cast. On the first cast, he will fire a hook in a target direction that attaches to the first instance of terrain hit for 1.5 seconds.

On its second cast, Akshan swings around the terrain in the direction of the cursor, stopping upon colliding with an enemy champion or terrain, or after 3 seconds. On the third cast, he will jump to the target location and fires one last shot at a nearby visible enemy.

His R Attack, Comeuppance, channels for 2.5 seconds, locking onto the target enemy champion, revealing them as well as revealing himself. He will gradually stores bullets into his weapon over the skill's duration.

Once recasted, he will fire all stored bullets at a target, each will deal physical damage to the first enemy hit, including structures. Each bullet's damage also scales with a critical strike chance and modifiers at 50% effectiveness, an applied life steal at 80% effectiveness, and can execute minions.

Akshan received a hotfix buff just 24 hours after the Champion just released in the game. According to the patch notes posted in the game's website, his Base Attack Damage was changed from 50 to 52, his Base Health changed from 530 to 560, and his Avengerang's cooldown ramped up to 8/7.25/6.5/5.75/5 seconds.

According to a tweet by the League of Legends' lead game designer, Jeevun Sidhu, the said Champion had a win rate of 34%. He admitted that the said win rate is below their projection, despite of the fact that it need time to grow into his mastery curve.

With the buff implemented, according to him, they would also expect an increase to its win rate by 2 to 2.5%.

In a response to a Reddit subpost, Ray Williams, a developer from Riot Games, said that players have been given a Champion whose power is "under-budgeted" towards battle compared to others that are fully invested more in multi-Champion clashes.

Instead, however, they need to learn how to maneuver his unique playstyle as well as his win conditions in order to win while using Akshan.

According to Dexerto, developers in Riot Games intentionally put several limitation on the Champion so that players learn how to utilize his revive, which was admitted by them in their Dev blog post, saying that they are putting constraints on it after knowing its potential.

Before this hotfix, several problems have been reported during Akshan's release. According to NME, a Reddit subpost showed the Champion began to spin wildly while on a stasis, showcasing a bug in his design that allows him to move while, ironically, on a state of being unmovable.

It is unclear if the developers addressed said bug during the quick hotfix for Akshan.