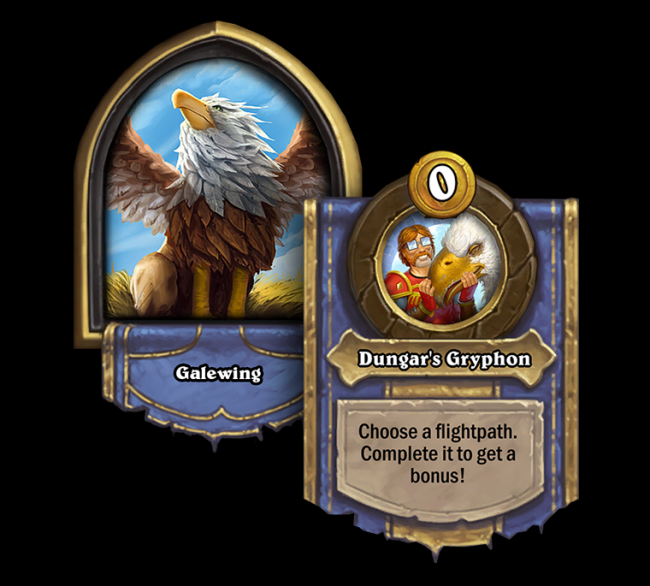 Blizzard announced the release of a new expansion for Heartstone, entitled "United in Stormwind." In preparation for this, the online card game will also receive its Patch 21.0 Update, giving it even more new content aside from the cards from the said expansion.

However, the said expansion, as well as the patch update, was quietly rolled out by Team 5, the people behind the game, as a solidarity for their fellow workers in the company after Blizzard received a filed lawsuit regarding serious allegations of discrimination and sexual harassment in their workplace.

According to NME, in the said lawsuit filed by the California Department of Fair Employment and Housing, the video game company is accused by its female employees of fostering a "frat boy" environment leading to them being subject to numerous sexual comments and advances, as well as other forms of harassment.

Stormwind's got an unofficial king in town.

Bow down to the Rat King! 👑🐀 pic.twitter.com/2tciRnjPJy

The said complaint also stated that their other female co-workers, who worked for the team behind World of Warcraft, noted that several of their male employees and supervisors would hit on them, make derogatory comments, and engage in demeaning behavior.

In solidarity, according to Gamespot, more than 2,000 employees took public action by filing a letter signed by them criticizing the management for its response to the said lawsuit, as well as planning for a walkout to protest their demand for improved working conditions for their employees, especially women.

Time to be "United in Stormwind"

In total, 135 cards were released in Heartstone under the United in Stormwind Expansion Set. 10 of which are Demon Hunters, 10 are Druids, 10 are Hunters, 9 are Mages, 10 are Paladins, 10 are Priests, 10 are Rogues, 10 are Shamans, 10 are Warlocks, 10 are Warriors, and 36 are Neutrals. All of which are feature in the game's website.

Under Demon Hunters, Jace Darkweaver, with its Mana cost of 8, it can make the player cast all Fel spells that it played during the game, which can be helpful especially for 2 Fel spells that is released on the same Expansion set, Fel Barrage and Chaos Leech.

Sheldras Moontree, a Druid with 8 Mana cost, has the ability that makes the next 3 spells a player draws cast when drawn, which means it will automatically cast, with Mana cost, once it is drawn from its deck.

Rats will be infesting the Hunter class with cards such as the spell Devouring Swarm and Rats of Extraordinary Size, where the latter can summon seven 1/1 Rats while those who cannot fit on the battlefield will go straight to the caster's hand with +4/+4.

The 5 Mana cost 5/5 The Rat King has a Deathrattle ability where it will be "Dormant" and revive after five friendly minions die. The 4 Mana cost 2/2 Rodent Nest, once it dies, can summon five 1/1 Rats.

The 4 Mana cost Void Shard is a Shadow spell that can deal 4 damage and do Lifesteal, while the 1 Mana cost Shard of the Naaru can Silence all enemy minions as well as being Tradeable.

Touch of the Nathrezim, a 1 Mana cost Warlock spell, can deal 2 damage to a minion, and if it dies, it can restore 4 Health to the caster's hero, while Anetheron, the 6 Mana cost 8/6 Demon Warlock, can become a 1 Mana cost if the player's hand is full.

Finally, Lothar, a 7 Mana cost 7/7 Warrior card, can attack a random enemy minion at the end of the player's turn, and if it dies, the card will gain a +3/+3 boost.

According to the patch notes released in the game's website, a new Hero will be part of Hearthstone in the form of Galewing. This Hero can give players Dungar's Gryphon, which lets them choose a flightplath.

These flightpaths, which are all passive, are the following - Westfall, which can give the player's left-most minion +2 Attack in 1 turn; Ironforge, which can "Discover" a minion of a player's Tavern Tier for 3 turns; and Eastern Plaguelands, which upgrades their Tavern Tier in 5 turns.

As for the Duel Updates, the said patch will reset the players' Duel ratings, while the card pool of eligible card sets that they can use to build their 15-card deck was updated, which included the United in Stormwind Expansion Set.

Seven new passives will also be included, such as Party Replacement that can summon a 2/2 Adventurer with a random bonus effect at the start of a player's turn, Greedy Gains that will make its minions have a +2/+2 boost but they will cost 2 Mana more (up to 10), and Ooops, All Spells! that can destroy its minions in its deck, but its spells will cost 1 Mana less and gain +2 Spell Damage at the start of the game.

Finally, cards such as Final Showdown, Lost in the Park, Defend the Dwarven District, and Seek Guidance are banned from between-game card buckets and will not be Discoverable.

The Patch 21.0 Update will also refresh the Rewards Track in the game, making room to a new Rewards Track from United in Stormwind.

The said expansion pack will be available in-game on August 3rd.

TAG Hearthstone
© 2020 Game & Guide All rights reserved. Do not reproduce without permission.