'Fortnite' Chapter 2 Season 7 Week 8 Challenges Guide: Where to Plant Wiretaps at Locations Within 5 Places on the Map 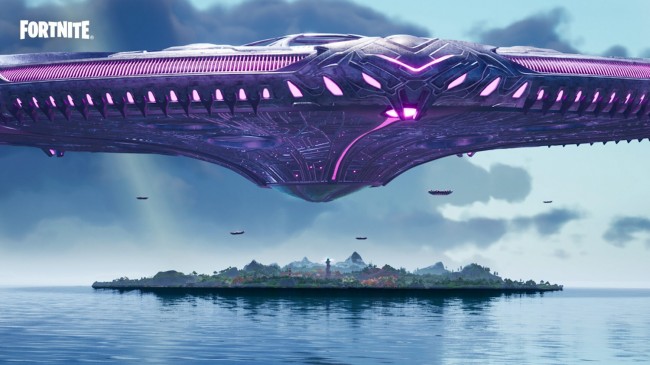 Another week means another set of challenges in Fortnite as its Week 8 gives its player as a brand new line of Legendary Quests for the players of the shooting game to accomplish.

For one of this week's Legendary Quest, players will plant wiretaps in different locations from specific points within the game's map.

This week's Legendary Quest is still focused around the Alien Invasion within Fortnite's island, only this time, players will also take care of a mole inside the Imagined Order.

The said mole, according to Fortnite Intel, is leaking information to an unknown receiver, and Dr. Slone is requesting the players to do tasks in order to weed out the suspected mole.

These tasks range from collecting Imagined Order access cards to talking with various NPC to find the imposer to plant wiretaps to different key locations.

There are five different locations for players to go to, each has three marked places within it. But in order to fulfill said Legendary Quest, they need to go one of those places.

According to Gamepur, the five key locations are as follows - the Dinky Dish, the Dockside Dish, the Defiant Dish, the Eastern House at the Lazy Lake, and the (REDACTED) bunker that is at the Catty Corner.

According to Fortnite Intel, the markings within those places will appear as small blue glowing boxes where players need to interact.

For first location, players will go to the Dinky Dish, an Imagined Order Base at the top of the map, east of the Craggy Cliffs. Here, they will interact to the highlighted spots that is beside the satellite dish north of the base, beside the left yellow radio tower, and beside of a dish-like tower on the lower right.

For the second location, the Dockside Dish is located west of Dirty Docks. Much like the first location, players will plant the wire near the satellite dish besides a helicopter pad and besides two green radio towers, one below the satellite dish and the other on the lower right.

For the third location, the Defiant Dish is located south of The Aftermath, the pool of water at the center of the map. Just like before, players will plant a wiretap that is in the center of the location, and two blue radio towers, one in a small building and the other is behind a large building.

For the fourth location, it is located in the southeastern corner of the Lazy Lake. Players may recognize this from an aerial point of view that it has a pool on top of it. The first spot is in the pathway to the house's entrance, the second is in the left corner of the pool, and the third is in the green foliage fences.

According to Dexerto, players who accomplished this Legendary Quest will receive a 45,000 XP to level up their Battle Pass and unlock any remaining cosmetics or skins that they need.