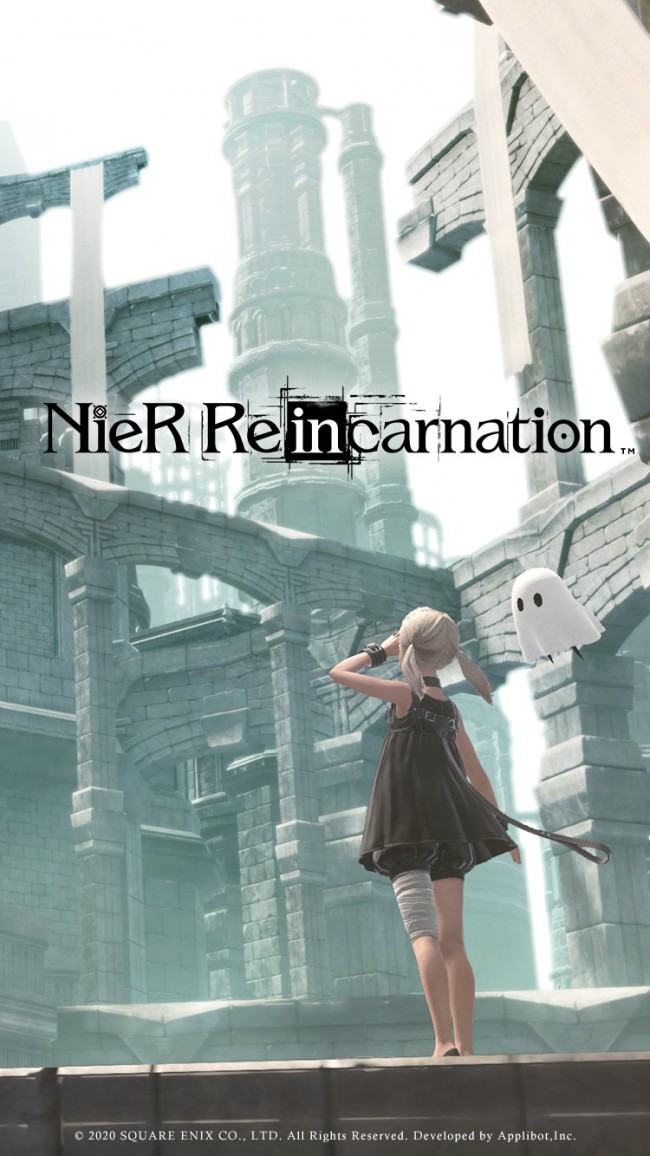 Dive in to the war between androids and alien machines as Square Enix finally released the long-awaited "NieR Re[in]carnation" for its worldwide players. After months of waiting, the role-playing game will be now played outside of Japan, as it will be available for download for Android and iOS smartphones.

And to celebrate the launch, according to PocketGamer.com, several characters from NieR:Automata will be crossing over NieR Re[in]carnation. Now players can include 2B, 9S, and A2 in their roster as they will become playable characters for this crossover event.

NieR Re[in]carnation has its unique roster of characters and storyline that that came from the imagination of the series creator and director, Yoko Taro. The same storyline, as well as its gameplay, is the reason why the smartphone game app is famous in Japan.

But with its unique packaging comes with the same contents inside -- NieR Re[in]carnation is a gacha game, which are games that rely on rolls to get an item or a character. Examples of these are Faith Grand Order, AFK Arena, and Genshin Impact.

And with that, character tiers are an important guide to see what character players want to have once they do rolls.

In total, there are twelve characters in NieR Re[in]carnation's roster - nine of which are originals and three are from the aforementioned crossover with NieR:Automota.

According to Gfinity, 2B, A2, and 9S are considered to be S-Tier Characters for reasons. For A2, she can deal insane damage with her rapid attacks despite being a glass cannon thanks to her low HP and defense.

9S is a tank unit thanks to his higher HP and DEF stan and has a fixed 10% chance to stan a target despite having a middling attack.

2B, on the other hand, is the most balanced among the three. Hew damage output is not as high as A2 but it will climb up if its HP is below 50%.

These S-Tier characters, if they are included in a roll, would be harder to get unless a player is lucky and had a good RNG on its side. But considering that they are event exclusives, they can possibly picked up by players.

A-Tier characters can be a good substitute to S-Tier characters because they are not too difficult to get in the rolls. They are also typically slightly above average in terms of usability.

Fio, the starting character, has high DEF stat and can add to the team's AGI making her a quick character that can build up their combo meter, Dimis has a 75% chance to Blind opponents which can be used in tough encounters, as well as Rion, which also has an ability to boost the team's ATK.

Frenlyse can deal bigger damage and boost the team's ATK while lowering the enemies' DEF. Her high AGI stat makes her a fast attacker, which can be a great partner to her high damage, making her an all-round offense.

2P, 2B's alternative from the NieR:Automota - Final Fantasy crossover, despite not being announced yet, might have the same stats as with her alternative.

Meanwhile, B-Tier Characters will not jeopardize players' progression in NieR Re[in]carnation, however as time progresses, they will start to show weakness. These units can shine in either Player-Versus-Player (PvP) mode or boss fights.

Akeha can self-heal and lower enemies' ATK, but has a slow skill charge time. Despite of that, she can be an asset in longer fights, especially against bosses, thanks to her high HP and DEF stat. F66 is a best choice in terms of being the team's main healer.

On the other hand, C-Tier characters can be an "okay" choice if players wanted to save for better characters. These are the ones that they can use for now in the game and they can be effective if they will use them sufficiently.

063y can be a good option considering that it has a Poison mechanic, while Argi can be a decent pick for certain situations in PvP.

According to Pocket Tactics, they just need to complete the Prologue once they have signed in the game in order to collect the pre-registration reward worth 4,500 gems. They will use these gems to roll. If they did not get the character that they wanted, they will reroll again.

They can also gain 3,000 Diamonds by tapping Mama 100 times. The said reward can be claimed once Chapter Two was unlocked.

They should pull for their desired characters once they skipped through chapter One cutscenes and claim their rewards once said chapter is unlocked.

If they did not get any characters that they want, they will uninstall the app then reinstall. They will repeat this until they have the character that they want to be part of their team.

READ ALSO: 'NieR: Automata' Guide: 3 Ways To Level Up Fast In The Game