Snap Camera ‘Cartoon Style’ Filter: How to Use it to Turn Your Face into a Cartoon Character 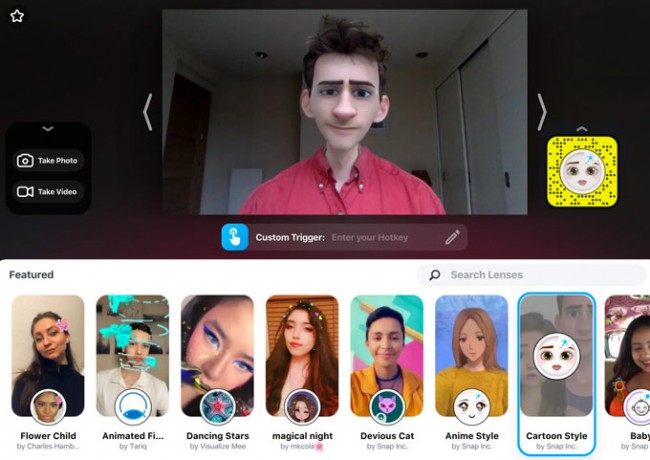 Video Calls have become an essential form of communication ever since the pandemic began. People rely on video call apps like Zoom, Google Meet, and Skype, as well as those who support video calls such as Telegram and Viber, to communicate with their distant love ones, especially those who can't go out.

However, some of the users have those times where they want to add their ordinary video calls more color and making a bit more fun. Because of that, several developers have come up with ways to make this possible.

Snapchat had a bright idea to make video calls more interesting in the form of their "Cartoon Style" camera filter for their Snap Camera desktop app.

Snap Camera has this new cartoon filter and it's blowing my mind 🤯 pic.twitter.com/77ZVFYJax4

How does This Filter Works

The Cartoon Style filter is one of the filters that is under Snap Camera. Once the said app was installed, according to The Verge, it will work on Zoom, Twitch, Skype, and other online video call services.

The said app will provide the user a wide range of effects, backgrounds, and distortions. The said "Cartoon Style" filter, according to India Today, is an added feature in the app after it has been updated recently to its version 1.14.0.

The said filter, as its name suggest, will let its users to apply a cartoon filter to its face that it is as if they became a real-life 3D character from a Disney Pixar animated film.

According to The Indian Express, the said filter can capture a wide range of emotions from a smile to astonishment in real-time.

During its recent release, the said filter became an internet fad these days, including in social media, much like the other filter that was used, especially in its smartphone app counterpart, SnapChat.

In order for the said filter to be usable, users must first have their Snap Camera installed. If not, they must have the app installed. According to India Today, the said app, which is recently updated to the aforementioned version 1.14.0, can be downloaded through SnapChat's official website.

Once they have downloaded and install Snap Camera, they must grant the app permission to access their camera and mic.

Then, they need to select the "Open Snap Camera" when it was prompted while using a video chat service, or they can open the Snap Camera app directly in their desktop. Next, they will type "Cartoon Style" into the search bar and enable this filter.

Once they selected it, they need to go to the video chat app's settings, then they will change their camera to "Snap Camera." The said filter will be activated immediately.

If they do not want to use the filter anymore, they will need to disable the lens in the Snap Camera ap or change their video chat app input settings to using their regular camera. They can also set up hotkeys inside the Snap camera to turn the lenses on or off.

READ ALSO: WhatsApp's 'View Once' Feature Rolled Out for Beta Testing: How Can You Use This Feature