Epic Games Store Free Games This Weekend: How to Get Your Own Copy of ‘Mothergunship,’ ‘Train Sim World 2’ 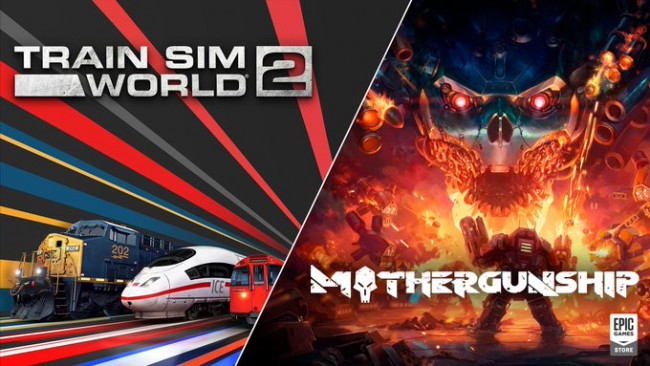 Two new game titles are now up for grabs for free in the Epic Games Store for a limited time only. Players can now have their own copy of "Mothergunship" and "Train Sim World 2" for free for this weekend only.

Comicbook also revealed that next week, Epic Games Store will give away "A Plague Tale: Innocence" and "Speed Brawl" for free.

Time to Blast Aliens with "Mothergunship"

Released in 2018 for Playstation 4, Xbox One, and Windows PC by Grip Digital and Terrible Posture Games, Mothergunship is a bullet hell first-person shooting game. Players will be dragged into the game's gritty non-stop combats where they will face off against a robotic alien armada that conquered Earth.

Mothergunship + Train Sim World 2 are both FREE this week on the Epic Games Store! https://t.co/L09RPTwEFJ pic.twitter.com/nLNRoHKLwl

In the game's dedicated page in the Epic Games Store's website, it says that players will face hordes of alien machines, deadly traps, and intimidating bosses in order to destroy the enemy mother ship while dodging hundreds of bullets coming their way in every stage.

READ ALSO: Epic Games Store Reveals Free Games: How to Get Your Copies of 'Defense Grid: The Awakening' and 'Verdun'

To combat their enemies, players will have the ability to craft and customize their own "arsenal of destruction" from a wide range of weapons, each have their own distinct abilities, ranging for gatling guns, laser blasters, launchers, homing rockets and more.

Players can also drag their friends in playing the game through its multiplayer co-op mode, which according to HotHardware, they will fight the alien robotic horde together with ease.

Time to Go Full Steam Ahead with "Train Sim World 2"

Released on June last year for the Windows PC, PlayStation 4, and Xbox One by Dovetail Games, Train Sim World 2 is the fifth and current installment of the Train Sim World series of train simulation games.

According to the Neowin, the game boasts highly authentic locomotives while making its players journey across different routes and locations from the mountains in the United States to the London Underground while hauling freight on the railroad.

The Livery Designer, according to vg247.com, lets its players personalize their own trains and custom liveries using the in-game tool that allows them to craft both simple and complex designs of said liveries.

How to Get Them for Free

According to Neowin, Mothergunship and Train Sim World 2  is available in the Epic Games Store for free until August 5th.

READ ALSO:  'Xbox Free Play Days' will Give Away 'Super Monkey Ball -- Banana Blitz HD,' 'For Honor,' and 'The Survivalists': How to Get Your Copy of These Games for Free