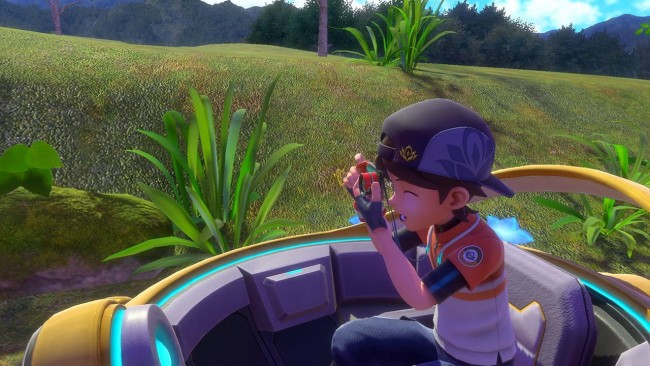 Three months after its formal release, New Pokemon Snap will have its update that will add new content to the game.

The said update will give new areas for players to explore, as well as new Pokemon for them to see and took pictures of. And best of all, the update is free.

The official Pokemon Twitter first announced the said free update for the New Pokemon Snap. According to Coming Soon, the said announcement comes with a teaser trailer, which shows the preview of new Pokemon that will be appearing once the update rolls out.

A free content update is coming to #NewPokemonSnap on August 3! pic.twitter.com/7NSTf2viJb

According to NME, a total of 20 Pokemon are going to appear in the game and will be added to the 214 Pokemon that are in it, although Bandai Namco Studios, the developers of the game, did not further announced the names.

READ MORE: Pokemon UNITE Guide: Best Pokemon to Start With + Will It Be Playable on PC?

However, according to Looper, Pokemon like Swalot, Rockruff, Tropius, Shroomish, Swalot, Psyduck, Gyarados, Feraligatr, and Snorlax were seen in the teaser trailer, which means that they might appear after the update.

Aside from the new Pokemon, three new locations will be added to the Lantai region, with each of them has its own day and night location settings.

According to NME, one of these locations, the Secret Side Path located on the Florio Island, will have the game's on-rails hovercraft, the NEO-ONE, shrink down to size, making all the Pokemon in the area look enormous.

Because of this, players will have the opportunity to spot new kinds of behaviour from Pokemon in the area that they have never seen before and great to take picture of.

Players can also explore the Mightywide River in the Belusylva Island and conduct Pokemon research along the way. While at the area, they should watch out for the rapids while keeping an eye out for Pokemon that are nurturing in the water.

Finally, the Barren Badlands of Voluca Island is a place to be if players want to have a bit of adventure thanks to its harsh dry desert winds, peculiar geysers, and gas-spewing swamps.

They should keep a keen eye out of those Pokemon that are found hiding in the rocky cliffs or underground.

The free update for New Pokemon Snap will be rolled out this coming August 3rd at 6:00 PM PDT, and it will be available for the Nintendo Switch.

How to Update Games

In order for players to update games such as the New Pokemon Snap, they need to do two methods.

First, if they want to automatically update their games in their Nintendo Switch, first they need to go to the Home menu, then select System Settings. Next, they need to navigate to the System section, then set the Auto-Update Software option to On.

Once activated, updates to installed soft, including games, will be downloaded automatically while the console system is connected to the Internet.

For those who preferred manual installation, they will need to go to the Home menu, then select the icon for the software that they wish to update without starting the game or application.

Then they will press the + or - button on their controller, then they will select the Software Update followed by Via the Internet. Much like the automatic installation, an Internet connection is needed.