Outer Wilds' 'Echoes of the Eye' Expansion Pack: What Content Players would Expect, When is the Release Date 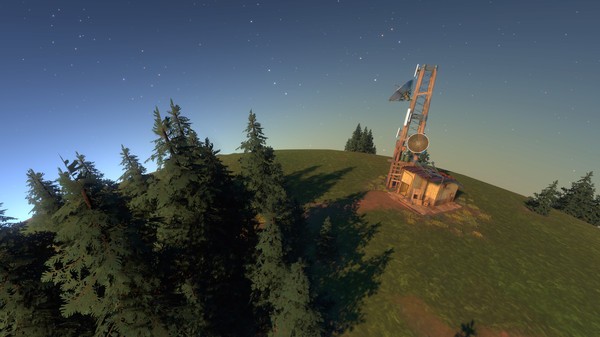 Outer Wilds will soon to receive its expansion set entitled "Echoes of the Eye," which according to IGN, is the "first and only" expansion set for the 2019 action-adventure game. The said expansion was announced by Annapurna Interactive, the publisher of the game, in their showcase.

"Echoes of the Eye" will add new content to the game that is full of time loops in a universe that has endlessly repeating a cataclysmic event.

What is Inside "Echoes of the Eye"

According to Gamepur, Alex Beechum, the creative director for the Outer Wilds, said in the same showcase that the Echoes of the Eye will weave directly into the existing world and narrative of the game.

Outer Wilds is back with one final campfire tale that will have you shaking in your suit. Prepare your gear and step carefully, young spacefarer, as you’ll delve into hidden depths…

Echoes of the Eye will be available on all platforms on Sept 28th!

In Echoes of the Eye, players will be introduced to a new story, where it involves them being the newest recruit of the Outer Wilds Ventures, a fledgling space program searching for answers in the constantly evolving solar system.

While venturing in the same solar system, players will seek answers that is lurking within the heart of the ominous Dark Bramble, all while facing an anomaly that cannot be attributed to any known location in the universe.

The said anomaly is "The Eye," which is a major area in the Outer Wilds. According to IGN, from the looks of it, players will might return to the game's original settings.

However, thanks to its interlocking locations and time-looping structure, something new will be added in the existing game, or rather after it.

To further understand the Expansion Set, Outer Wilds takes the players, who is taking the role of an unnamed astronaut exploring the solar system, but later on stuck in a 22-minute time loop, resetting after the star goes supernova.

Several events and locations in the game will change during the time loop, and players need to encourage themselves to learn why by following secrets of an extinct alien race known as the Nomai, communicating them in the process.

Once a player is done communicating them, any information will not change in subsequent loops.

The player can replenish its health and oxygen meters once it returns to the ship or when he found trees on planets, otherwise it will be dead before the sun goes supernova. Once the character is dead, it will respawn back on their home planet.

The said game garnered critical acclaim and won several awards, including a Game of the Year award in 2019. The game is reportedly planned to be released for the Nintendo Switch in the Third Quarter of the 2021.

Echoes of the Eye, the expansion pack for the Outer Wilds, is set to release on September 28th. According to Gematsu, the said expansion pack will be coming for the PlayStation 4, Xbox One, and PC, through Steam and Epic Games Store.

READ MORE: Epic Games Store Free Games This Weekend: How to Get Your Own Copy of 'Mothergunship,' 'Train Sim World 2'

TAG Outer Wilds, Outer Wilds: Echoes of the Eye
© 2020 Game & Guide All rights reserved. Do not reproduce without permission.