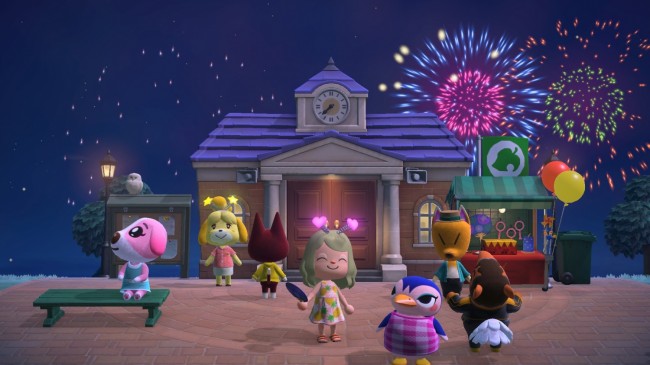 The said update will be small, however it might become a gateway to more things to come for the game.

According to the patch notes posted by Nintendo Life, the said free patch update will update seasonal events, as well as adding weekly fireworks, which will light up the sky every Sundays of August after 7:00 PM, in-game time.

These fireworks, according to a news post in Nintendo's website, can even customized by giving a player's desired custom design patterns to Isabelle.

Another part of the patch update to the game is the adding of limited-time seasonal items from Nook Shopping. According to the Nintendo, these seasonal events-themed items are available for certain dates.

Players may buy items that related to Obon such as the eggplant cow from August 10th to August 16th, as well as items related to the Moon-Viewing Day such as dango and mooncakes, and Chuseok-related ones like the songpyeon from September 12th to September 21st.

With these patch notes alone, it is certain that there will be seasonal events incoming within the coming days.

According to Slash Gear, Nintendo, the developers of the game, said in their tweet that they are currently developing brand new content for New Horizons for this year. They will also share more information regarding these said content.

This is when a feeling of staleness was grown for the game, according to Eurogamer, after it celebrated its first anniversary with a little fanfare, as well as its in-game calendar had barely no changes at all, while fans began to feel like the game had been abandoned.

The new contents were first leaked by several leakers and posted those leaks through the social media. According to Sportskeeda, several of them uncovered several seasonal items and others that are linked to the upcoming in-game events.

These speculated events, according to said leakers, might also include the Grape Harvest Festival, the Cowherd and Weaver Girl Day (or Tanabata), and Halloween.

Several leakers also revealed that there will returning Villagers in New Horizon. According to Sportskeeda, several code changes and other small modifications were uncovered, alluding to the inclusion of an in-game Café.

The said Café might indicate that a longtime fan-favorite Villager Brewster will be returning along with Roost.

The said code that were added seems to indicate that the said café will be added to the bottom floor of the museum. This might also indicate that Rover, who is a villager already in the game, will be coming to the museum.

Players should take note that the rumors and leaks behind the inclusion of the café are not been confirmed.