Genshin Impact Beidou Guide: How to Get the Character for Free + Best Builds, Claymores for Her 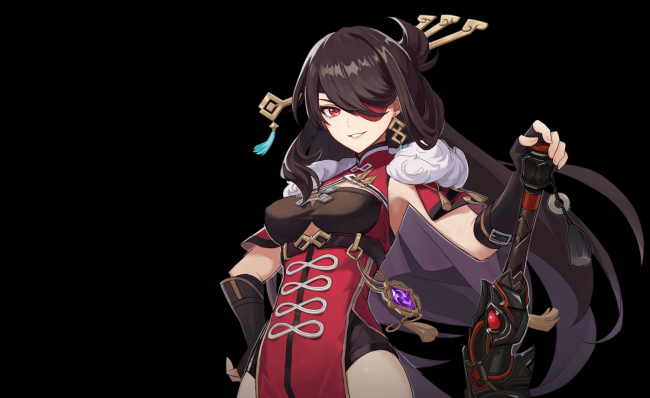 Genshin Impact's recent 2.0 update brings in "Thunder Sojourn," a four-part Event Quest that is focused on the archipelago of Inazuma. The said quest, which mostly consist of fast-paced time trials that involves either traveling from one place to another or eliminating enemies, brings in hefty amounts of rewards.

These rewards are ranged from Primogems, Mora, Crowns of Insight, and Hero Wits, to Thunder Pellets and Thunder Crystals, which can be used to unlock and get Beidou, a free character that players can get during the said quest.

How to Get Beidou

Getting Beidou, the 4-Star Electro user, requires players to grind during the Thunder Sojourn. According to game8.co, The said character will cost them 1,000 Thunder Pellets and 1,000 Thunder Crystals.

The Thunder Sojourn event is so easy yet so much fun! And generous too! Can't wait to finally have a C1 Beidou. #GenshinImpact

In order to get the Thunder Pellets, according to RealSport101.com, they need to do and accomplish the first three acts in the Event Quest.

These said quests, along with their sub-quests, can give them large amounts of Thunder Pellets.

As for the Thunder Crystals, players must do the final act of Thunder Sojourn, the "Automaton Front." In order to do this final part of the quest, they need to unlock the Automaton Front domain first.

Players need to defeat the Perpetual Mechanic Array, an Automaton that is the new boss within Inazuma.

In order to defeat this boss monster, they need to tap in the power of both the Thunder Dwelling and Nimbus Gems as these will benefit Electro-based characters, including providing area of effect (AoE) damage boost to burst attacks.

Grinding within the Automaton Front domain four times will give the players 1200 Thunder Crystals.

Once they got the proper amount of Thunder Pellets and Thunder Crystals, players will go to the event page and click the "Oceanlord's Oath." From there, they will be greeted with a pop-up screen regarding the Invitation for Beidou. Player need to click the "Send Invitation" in order to get the character.

Once having her, players will understand that Beidou can be a great use for their Genshin Impact team. According to Sportskeeda, she is a great DPS character or a great support DPS one, depending on how players want for Beidou, as long as she had the right weapons and artifacts.

According to the list provided by The Gamer, the Wolf's Gravestone is the best Claymore for Beidou to use with its 608 Max Base ATK stat and a 49.6% Secondary ATK Stat.

The said weapon also gains a passive ability which it grants ATK in a percentage and grants even more ATK boost in a bigger percentage for the party if they attack an enemy that has less than 30% HP.

The Unforged has the same Max Base ATK and Secondary ATK Stat percentage, but it has a passive that can give Beidou a ATK boost every time she hits an opponent for a limited time. The said buff is stackable up to five and can give the wielder protection.

The Serpent Spine can be considered as a best Battle Pass weapon due to its Critical Rate Secondary Stat of 27.6%, which is highly desirable and a good reason to get it. Another reason why is because it has a passive that can give a DMG increase boost once the wielder is out on the battlefield.

The said boost can be stacked up to 30% max, however the downside is that Beidou will take up increased damage as well. However, this side effect can be mitigated by her counterattacks or shields.

For those who wanted a free Claymore for Beidou, the Prototype Archaic can be a good choice for them because it is easier to obtain and refine. Its passive can deal area of effect explosion damage that scales with her ATK stat every time she does a normal and charged attack.

For cleaning up areas of mobs of enemies, her signature weapon, the Blackcliff Slasher, can be well suited for her as its passive can give her a ATK boost everytime she defeats an enemy, which can be stacked for three times, and their duration is independent of the others.

As for its artifacts, Beidou can be equipped with a combination of 2-piece Gladiator's Finale and 2-piece Thundering Fury. This combination can provide 18% ATK stat boost and a 15% Electro damage boost. This combination is well suited for the character if they want her to focus on her DPS.

If they want to focus on her Elemental Burst, the combination of the 2-piece Thundering Fury and 2-piece Noblesse Oblige is a good choice, considering that these artifact can provide her a 15% Electro damage bonus and a 20% Elemental Burst damage boost.

Finally, if they want to focus on her Electro-based attacks overall as well as they are constantly using Electo-Charge, a 4-piece Thundersooter is enough for her as it can give Beidou an up to 35% more damage once enemies are afflicted by Electro.

READ ALSO: Genshin Impact 'Sacred Sakura Cleansing Ritual' Parts 1 and 2 Guide: Where are the Locations, What to Offer, How to Complete