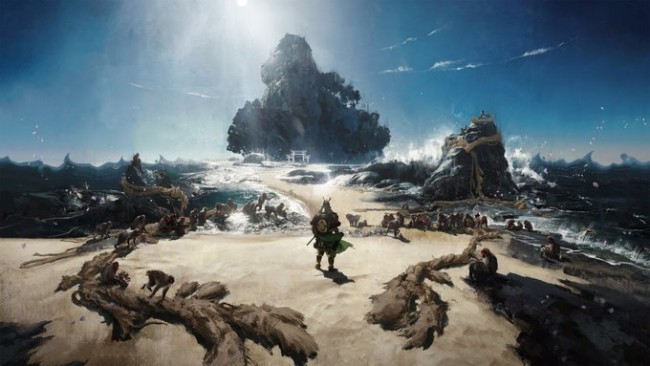 Sucker Punch, the developers of the Ghost of Tsushima, announced that the game's multiplayer expansion, "Ghost of Tsushima: Legends," will receive a standalone release, as well as new game modes and other new features.

This was after the developers announced the Iki Island Story Expansion set for Ghost of Tsushima: Director's Cut, which will dive deeper towards the protagonist's past while facing a Mongolian horde in the present.

Legends, according to Kotaku, was first released in October last. The said multiplayer expansion will let players form themselves as a team and face against waves of enemies in various cooperative scenarios.

New updates are coming to #GhostOfTsushima: Legends, including the all-new Rivals mode, Gear Mastery, and a new option to buy Legends on its own without the single-player campaign.

Watch our Rivals introduction and read more on the @PlayStation Blog: https://t.co/GHELTDjV6Y pic.twitter.com/P0SmnIgLqv

One of the additions Sucker Punch announced for Ghost of Tsushima: Legends is a new game mode called "Rivals." According to IGN, Rivals will have two teams of two players compete each other in defeating waves of enemy horde.

Defeating an enemy will earn them a magatama, which will be dropped after killing it. These magatama can be used to attack their rival team by spending any 'distractions' such as Shades that can block a team from making any purchases and Curses that can drain their health and make bodies explode.

Teams can also spend enough amounts of magatama to trigger the Final Stand and summon a final wave of enemies, which both of them would fight against and will determine which team would defeat them first in order to win the match.

Legends will also get a Gear Mastery system for their players and their character progression. According to The Verge, the said system will allow them, who earned a 110-level gear, to bind said gear to a class and activate the Mastery Challenges.

These challenges will allow a piece of a gear's Ki level to be upgraded to Level 120 and eventually unlock a second slot for the character's perks. Players can also able to unlock new abilities and techniques as they progress along the way in the Mastery Challenges.

As mentioned earlier, the Ghost of Tsushima: Legends will have its standalone release. According to Slash Gear, Legends will be released on September 3rd for Playstation 4 and PlayStation 5. Along with its release, both the Rivals game mode and the Gear Mastery system will also be going live.

According to Coming Soon, the standalone release will cost $19.99, while those who owned Ghost of Tsushima can upgrade their Legends, along with its new additional content, for free. Those who want to upgrade their standalone Legends can upgrade it into the full game itself for $40.

Before the roll-out of these two additions, Legend will be having an update available on August 20. According to IGN, the said update will provide changes that are based on feedback from its community, which includes a rebalanced Survival mode with shorter sessions, as well as variants for the Survival Nightmare challenges.

The developers also promise new content for Legends that will be added each week from September 10th, days after the standalone release, to October 1st. This includes a new maps for Rivals and Survival, and a harder version of the Trials of Iyo raid.