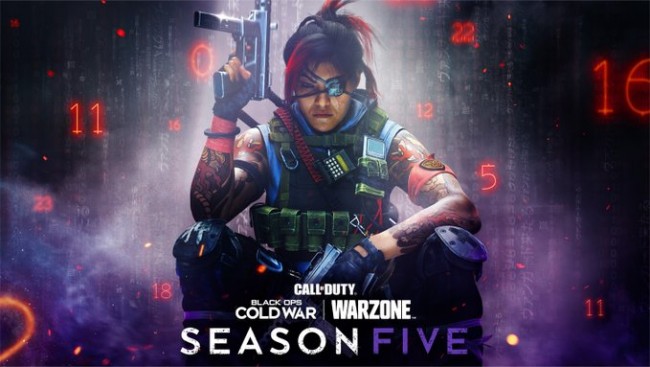 As its Season 5 slowly approaching, Treyarch announced a game mode that will be a new addition to the Call of Duty: Black Ops Cold War' incoming season. The developers of the shooting game also released a trailer regarding said game mode.

Along with it are the other new incoming content for Black Ops Cold War's Season 5 that players woul;d want to see when they logged in the game.

There's a Double Agent Among Us

The said new game mode for Black Ops Cold War's Season 5, which is dubbed as "Double Agent," was described by Forbes as a multiplayer mode that is "basically Among Us but with Call of Duty operatives."

Go undercover or sniff out the spies in the all-new social Double Agent mode. Available in Season Five of #BlackOpsColdWar pic.twitter.com/aUrrVCsXAQ

In the said multiplayer mode, the objective is to found the "Imposters," or in this case, the "Double Agents," among the ten players who will be entering the lobby.

In order to expose who they are, the player who were given the role of "Investigator" will look for clues and can use said clues to pinpoint those Double Agents by issuing a wanted order, while the operatives will work with the Investigator to identify and eliminate said Double Agents.

Both the Investigator and the Operatives must work fast in communicating with each other while investigating or else the Double Agents will exterminate them all without even knowing who they are.

According to Comicbook, the players who will be participating in this game mode will start with a pistol in their loadout.

While in the lobby, they are able to acquire more weapons and equipment through the prep stage, much like every other Call of Duty multiplayer mode, while collecting several of them that were found scattering across the map.

The gear that players have to access to during the match will be based on what role it took. This means that the gear the Double Agents have is different from the gear that the Investigator has. The same with the Operatives.

Not only that, each job has its own unique skills and perks. Double Agents can use Gas Mines, Counter Spy Planes, Combat Bows, and Attack Helicopters, while the Investigators can gain access to Stimshots, Hand Cannons, and Trophy Systems.

Aside from the "Double Agent" mode, Black Ops Cold War's Season 5 brings back an old multiplayer classic. According to Polygon, the Demolition multiplayer game mode will return in the incoming season.

The said season will also feature five new maps as part of the new season's multiplayer update, including ones that players have seen before, such as the Echelon, Slums, Showroom, Drive­-In, and Zoo.

The season update will also apply to Call of Duty: Warzone, as it will also receive new features. Players can play the new Clash game mode, which is a Team Deadmatch-style team player-versus-team player match where Quad squads will battle each other.

New points of interests, including Broadcast Stations, will also appear on the map, as well as the Gulag will receive a makeover. Two new perks, Tempered and Combat Scout, will also coming in Season 5.

Other additions that will be coming in the new season includes a major update to its zombie mode, as well as additional weapons including the EM2 assault rifle, the TEC-9 sub machine gun, the Marshall handgun, a cane, and a flamethrower-like scorestreak.