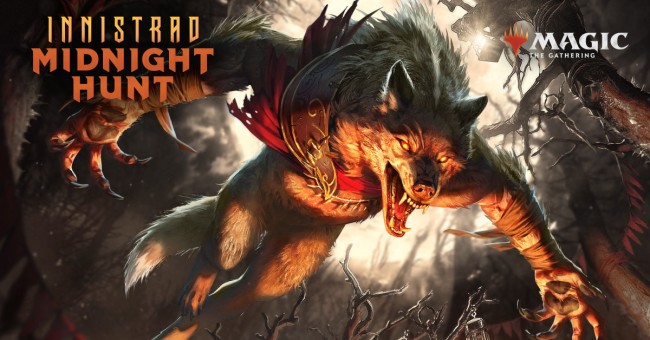 Wizards of the Coast have revealed details regarding the upcoming Magic: The Gathering Expansion Set, Innistrad: Midnight Hunt as the collectible card game returns to the gothic horror plane of Innistrad.

It was after several employees of Wizards of the Coast spoiled several elements for the said Expansion Set in a Twitch livestream, which includes returning characters, featured cards, and a returning mechanic that might bolster the card game.

According to Forbes, considering that Innistrad has a lot of Halloween-esque elements ranging from ghost and ghouls to scary Eldritch and body horror, the cards that will be featured in the Midnight Hunt Expansion will give emphasis to the Werewolves.

Weekly MTG has begun! Head to https://t.co/nUzYF5CPS3 now to get a spooky sneak peek at the upcoming set, Innistrad: Midnight Hunt. #MTGMidnight pic.twitter.com/JH7JONpzK8

In a blog post made in Wizards of the Coast's website, the said Expansion Set will take the card game's players to "a night that may never end" as humans gathered deep in the woods, seeking strength and hope despite of the Lycan threat.

Not only that the cards will flesh out the lore, but also it will feature a returning game mechanic called Flashback, as seen in the card, "Join the Dance," a 1 Green-1 White Sorcery. The said mechanic, according to Bleeding Cool, was first introduced in the early Innistrad sets.

Flashback is a card ability where for a mana cost, players can cast it from their graveyards, then afterwards, they need to exile it. According to Forbes, it will be featured for the first time in multicolor cards, including the aforementioned "Join the Dance."

As for the card itself, it can create two 1/1 White Human creature tokens, which it can do again if the player would pay three of any mana, as well as 1 Green and 1 White.

Several cards that were also shown in the aforementioned livestream, according to Dot Esports, are the new standard staples like "Consider," a 1-Blue Instant that lets players to look at the top card of their library then they may put that card into their graveyard, and then draw a card.

"Consider" can be an essential if most of the cards in a player's deck has Flashback as they can be easily cast once they are on the graveyard. The downside of this is the milling part of the effect as it may discard any key cards from the top of the deck.

"Infernal Grasp" is a Black Instant that has 1 of any mana and 1 black as cost. This card can destroy a target creature but the player who cast the instant may lose 2 life.

"Play with Fire" is a 1-Red Instant that can deal 2 damage to any target. If a player is dealt damage because of this, that player may scry 1 card, or look at a top card in that players library, then it will be put on the bottom of that library.

Triskadekaphile, a promo card that will be featured in the Expansion set, is a 1/3 Blue Human Wizard Creature that costs 1 of any mana and 1 Blue that lets players to have no maximum hand size.

It also has a win condition that "At the beginning of [a player's] upkeep, if [a player has] exactly thirteen cards in [their] hand, [they] win the game." They can fulfill said winning condition by casting its effect to draw a card by paying 3 of any mana and 1 Blue.

Innistrad: Midnight Hunt will also see a returning character in Magic: The Gathering. According to a separate article by Dot Esports, Wrenn will return in Midnight Hunt as a Legendary Planeswalker Creature, Wrenn and Seven.

Before this, Wrenn had become a dominating force since her first appearance in Modern Horizons in the form of Wrenn and Six, another Legendary Planeswalker that can also tap the graveyard aside from the lands in the battlefield.

Much like its predecessor, Wrenn and Seven has four abilities, focused on securing land cards, as well as summoning tokens and returning permanents from the graveyard to the player's hand.

Magic: The Gathering's Innistrad: Midnight Hunt is set to release this September 24th, with pre-orders open in Amazon or in local card shops.

TAG Magic the Gathering, Wizards of the Coast
© 2020 Game & Guide All rights reserved. Do not reproduce without permission.