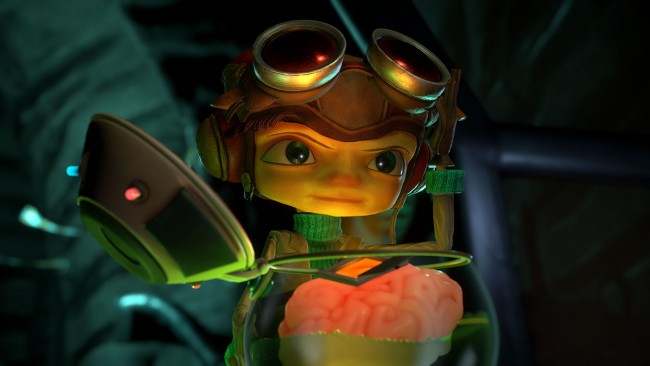 (Photo: Photo from the Xbox's Webpage)

As Psychonauts 2 awaits its official release in multiple video game consoles, Double Fine Productions has announced that the game has official "gone gold."

According to Comicbook, a video game that has "gone gold" essentially means that its master copy, once its finished, is ready for mass production, both physically and digitally. This also includes its packaging, distribution, and others.

Travel Inside the Minds Once More

A direct sequel to 2005's Psychonauts, Psychonauts 2 follows the young acrobat Razputin "Raz" Aquato and his journey in becoming a part of the Psychonauts, a task force for those that has psychic powers like him apprehending criminals who also use the same mind powers for evil.

It's been a long time coming, but Psychonauts 2 has officially gone GOLD.

Enjoy the adventure on August 25th on @Xbox and play it Day One with @xboxgamepass!

In the game, according to Twinfinite, Raz and his fellow Psychonauts will have to enter a person's mind using their psychic powers in order to look for information that was implanted, like clues, ideas and secrets, in order to return things to normal.

READ ALSO: Xbox is Giving Away 'Diablo III' for Free: How to Get Your Own Copy

Players of the game will dive in to psychedelic and allegorical world of Psychonauts 2 as they will venture in a human's mind with its action platformer-esque gameplay, where they can explore and jump around the stages while fighting the enemies using Raz's array of psychic attacks.

He can create fire with his pyrokinesis, move objects with telekinesis, levitate and more while he fends off his opponents, who are literal manifestations of the things that is happening inside a human psyche such as censors, bad ideas, regrets, doubts, and among others.

But the sequel has added a twist in its story. According to Comicbook, the Psychonauts' leader has not been the same since he was kidnapped, while a mole was hiding inside their headquarters.

Players need to stop both the threat inside and outside, including its plan to bring the murderous psychic, Maligula, back from the dead. Psychonauts 2 will also reveal that Raz's family, whom he ran from in order to join the Psychonauts in the first game, has come after him.

Psychonauts 2 is set to be released on August 25th for Xbox Series X|S, Xbox One, PlayStation 4, Windows PC, Mac, and Linux.

Xbox players can pre-order and pre-download the game and play it on the said launch date with the Xbox Game Pass, while Windows PC users can pre-purchase it through either Windows Store or Steam.

According to Tech Gaming Report, players must reserve a 28.50 GB of storage space if they want to download the said game in either of their Xbox One or Xbox Series X|S consoles.

PC players, on the other hand, need to have the game's minimum system requirements, which includes a 64-bit Windows 7 Operating System, an Intel Core i3-3225 or an AM D Phenom II X6 1100T processor, an 8GB RAM memory, an NVIDIA GeForce GTX 1050 or AMD Radeon RX 560 graphics card, and a 30GB available storage space.