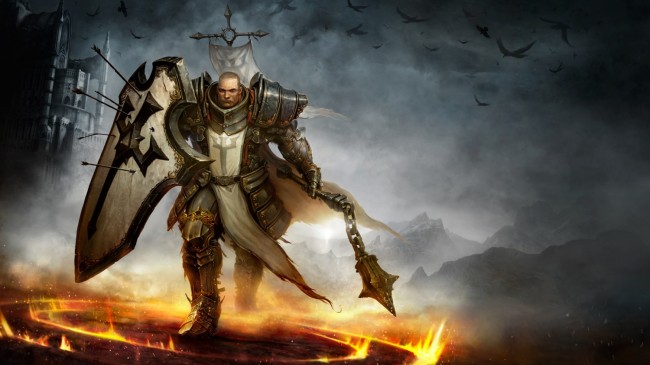 Xbox Live Gold subscribers will be in for a treat this week as Microsoft is giving away a copy of Diablo III: Reaper of Souls - Ultimate Evil Edition for free. The said giveaway includes the Diablo III base game itself and the Reaper of Souls Expansion Set.

According to Press Start, the said game was listed in the Microsoft Store, though it is unclear if this is an bug or it was put in the website ahead of any announcements made by either the creators of the video game console or Blizzard, the developer of the game, even how long will the said promotion will last.

This is despite the fact that the latter is still facing a lawsuit regarding an alleged sexual misconduct and other forms of harassment inside its own workspace from its female workers.

Heads up! #Diablo3 is free for #Xbox Live Gold members! Not sure if this is an error, but we checked, and yep. It is a freebie! https://t.co/rhdj0JfLq8 #gaming #PSA

Workers, including game developers who are working in the company, recently initiated a walkout as a sign of protest against the company's "reaction" over the lawsuit.

READ ALSO: 'WoW: Wrath of the Lich King' Pandemic-based Board Game: How to Pre-Order

Meet the New Face of Evil with Diablo III

In the hack-and-slash action role-playing game, players will choose one of the seven character classes - Barbarian, Crusader, Demon Hunter, Monk, Necromancer, Witch Doctor, and Wizard. They will be tasked in defeating Diablo, the Lord of Terror, much like in the previous Diablo games.

On the other hand, Reaper of Souls, its Expansion Pack, launched for Windows PCs last March 2014, then later released for video game consoles as part of the game's Ultimate Evil Edition in August 2014.

According to the description of the game by Bullfrag, players may play Diablo III alone or with their fellow players either through a local network, in the same screen if they are playing in a video game console, or through online.

They can either slay their enemies in the five whole storylines of the game or explore its open world, grinding to level their character up, and collect loot from the evil creatures through its adventure mode.

According to Biology Reporter, if players want to warm themselves up for the release of Diablo II Resurrected, which is set to be released this coming September 23rd, they need to take advantage of picking up a free copy of Diablo III: Reaper of Souls - Ultimate Evil Edition.

How to Get a Free Copy

As mentioned earlier, both Microsoft and Blizzard did not announce how long will the Diablo III: Reaper of Souls - Ultimate Evil Edition become free for the Xbox Live Gold and Xbox Game Pass Ultimate Subscribers.

However, in order for players to get a free copy, need to go to the Microsoft Store, where they will sign in to see the option to install said games with their Xbox Live Gold and Xbox Game Pass Ultimate membership.

To download on the console, they need to click on the Subscriptions tab in the Xbox Store and enter the area dedicated for Xbox Live Gold subscribers to locate the collection on their Xbox One.