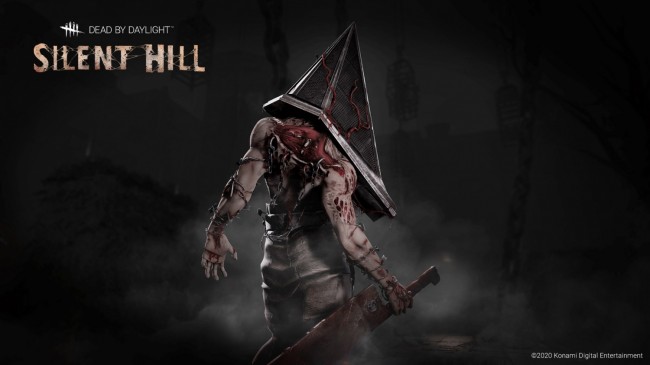 Dead by Daylight will receive its 2.27 Update, or on the server side, it is known as Patch 5.1.1 Update. The said update will give the multiplayer survivor game some significant changes, including one that is interesting to see.

Its patch notes revealed several balancing changes for The Trickster, a bit of a cosmetic change for The Executioner, and other bug fixes.

A Fix to The Executioner's...Rear

As mentioned earlier, Dead by Daylight's 2.27 Update will bring some "slight" changes to The Executioner's cosmetics. According to the patch notes posted by Attack of the Fanboy, the said update will fix a known issue in the game where the Killer's rear behind is "still too flat."

According to Gamespew, this hilarious game fix is Behaviour Interactive's answer to those players who want the rear view of The Executioner's behind.

On the serious side, other known issues that was fixed by the patch update aside from fixing The Executioner's rear bump is an issue that causes the maps for both Blood Lodge and The Game to be disabled.

Balancing Changes for the Trickster

On the serious side of things, the patch update also brought in few yet significant balancing changes for The Trickster, a recently released Killer from Dead by Daylight's CHAPTER XIX: All-Kill.

According to Dual Shockers, the said update will give him an increased time duration before Laceration decay from 10 seconds to 15 seconds. It also gives him an increased maximum throw speed bonus from 25% to 30%.

These changes are not as big as that of the last Patch 5.1.0 Update, which according to Behavior Entertainment, the developers of the game, it focused more on buffing the said Killer because he is falling behind the roster, especially he has a little percentage of players who are playing as him in the game.

The said Patch 5.1.0 Update has tweaked major parts of its gameplay mechanic, including his Main Event special attack, perks, and exclusive add-ons.

Despite of the changes made from the Patch 5.1.0 Update, the developers said that his performance is still lower, hence the additional buffs from 5.1.1.

According to their post in the game's forums, they said that his chase dynamics will be more interesting thanks to said buffs. However, for them, it was a bit too easy for him to lose any partial progress towards damaging a Survivor, hence meriting him an increase to the delay.

Aside from the aforementioned changes above, the 2.27 Update, or the Patch 5.1.1 Update, also fixed other bugs, including one that cause clipping between two shelves in a preschool's classroom in the Springwood map, as well as one that caused a generator in Lery's memorial institute not being able to be repaired from one side.

The said update also fixed an issue that caused the Counterforce perk to still show totem auras while being affected by the Blindness effect, as well as other fixes involving bugs that cause several clipping and distortion issues on the characters and their customizations., including weapon cosmetics.

READ ALSO: Dead by Deadlight-Resident Evil Crossover Guide: How to Play as Jill, Leon, and Nemesis

TAG Dead By Daylight
© 2020 Game & Guide All rights reserved. Do not reproduce without permission.