'Madden 22' Early Access Trial Guide: Release Date, How to Play + Will it be Cross-play Compatible 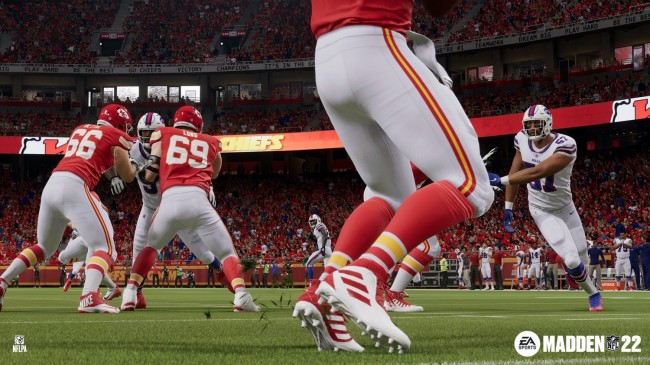 It is time to return to the grid iron once again as EA Sports' Madden 22, the newest installment to the Madden franchise, will open its early access for players who want to plays its trial run. The said early access trial opening is in line with this year's preseason of the National Football League (NFL).

According to HITC, football fans would expect that the new Madden game will not just focus on the Ultimate Team mode, but it will have a huge emphasis on its Franchise Mode with its new Season Engine, which will add multiple storylines alongside staff management.

Speaking of Ultimate Team, the said game mode, according to Push Square, will not sound massively different this year as the biggest change in the game will go to Team Chemistry. Players in the game can now able to collect Strategy Items, which can be used to boost their overall squad in key areas.

Get on the field first and prepare for the next generation on the gridiron in #Madden22, available with early access for EA Play members on August 12.

Start your season early by joining EA Play and get ready to lead your team to victory.🏈 pic.twitter.com/IFW1Y6rIcS

These Strategic Items can be swapped in and out, which means that players will have more control over their team and how they perform on a game-by-game basis.

Apart from that, the Ultimate Team mode will have half-time adjustments in its core gameplay, while a revised user interface and a deeper stat-tracking on Player Cards will be implemented, as well as a reimagined MUT Level system to make it more inline with its fellow EA Sports title, FIFA 21.

The question that came up inside the minds of those who want to play the game is that will Madden 22 be compatible for cross-play and allow players from different video game platforms to face each other much like other games like Fortnite and Call of Duty.

According to Sportskeeda, Electronic Arts has not yet addressed regarding the possible addition of this feature, however there might be a cross-generation play for Madden 22, especially for both Xbox One and Xbox Series X|S.

Players who want to play Madden 22 can now play the said video game with its Early Access Trial. According to RealSport101.com, the said Early Access Trial will be released this coming August 12th via EA Play on all video gaming platforms. In order to be a part of the demo play, players must be subscribed to EA Play.

The said demo will last for 10 hours, which means that players can enjoy the game modes that Madden 22 is offering at a limited time.

If players want to have a full experience, they can purchase the game via pre-order, which will be open on August 17th, three days before the game's full release on August 20th.

Players who pre-ordered the game's Standard Edition will receive a Power Up Item for either Tom Brady or Patrick Mahomes, an Elite Passer Strategy Card, a Level 10 General Player Class, a choice of 1 of 32 players for the Ultimate Team, a Tom Brady Gear Capsule and 20 Franchise Staff Points.

Those who pre-order its MVP Edition can have the aforementioned bonuses, as well as a 3-Day Early Access to the game, an EA Sports Dual Entitlement, additional Ultimate Team content, and 60 Franchise Staff Points.

Those who bought the Dynasty Edition will have the same bonuses from the MVP Edition, along with 100 Franchise Staff Points and a Legend Athlete Capsule.